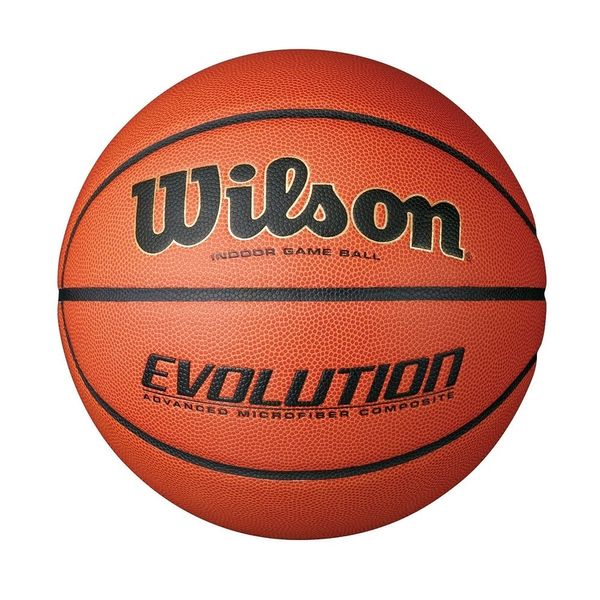 There’s a new type of activity tracker rolling into town, and this one is ready to play ball. March Madness may be a distant memory, but makers of sporting goods (yes, and the folks behind the most famous volleyball ever) Wilson are diving into the Internet of Things trend to get our heads back in the game about 11 months early. They’re serving up a smart basketball that could change the game, or at least your game. This is the Jetsons of sports, people. Point: Future!

The basketball looks pretty much like your average bouncer but will have performance tracking sensors inside of it to help you understand the game you play and how you stack up to the competition (yourself). The smart piece of sporting equipment times you and records data like where on the court you shoot best from down to the amount of time it takes you to let a shot go.

It notes your shooting percentage with special Make/Miss Technology that tallies your personal pointage. Bring up all the info your little robo-coach is keeping track of for you on an app that pairs with the ball. While we get a glimpse of the tech on a smartphone in the commercial, we bet some of the wearables hitting the markets/your wrists between now and then will offer a companion app so you can see how you score in real-time, too.

The ball boys ‘n’ girls at Wilson will launch their smart basketball this winter in time for the holidays with an obvious eye on consumers. But don’t count out ever seeing them on the courts beyond your driveway — Tom Gruger, Wilson’s VP of Digital, told Engadget that the company’s foray into the future could certainly be extended to the Pros. ‘Til it actually makes it on ESPN, the smart ball could be a useful tool for players at all levels, at practice or when they’re going one-on-one.

Wilson developed the technology along with artificial intelligence firm SportIQ and is looking to bring similar tech to all of the sports it plays with. We’re talking tennis, baseball, golf, football, soccer and, of course, volleyball. We hope balls are just the gateway performance enhancer when it comes to sports going digital. The idea behind connected sporting equipment could extend to other areas to work with shoes, clothing, maybe somehow enhancing the fan-player experience like Lightwave wants to do. A smart basketball just might be the tipoff needed to start the sports revolution that we’re totally cheering on.

What sport would you want to see a piece of smart equipment in?

Lisa Raphael
In her past professional lives, Lisa has served the masses as the Editorial Director at Brit + Co, Bieber Whisperer at J-14, Golden Girls Fan Club Prez at Lifetime and Talk Show Host Understudy to Katie Couric. Now, she's taking on the sports world at The Relish, teaching Hairography 101 in her spare time and will forever be trying to fill the hole Zayn Malik left in her heart.
Health