This Survey Offers Serious Insight into the World of Online Dating 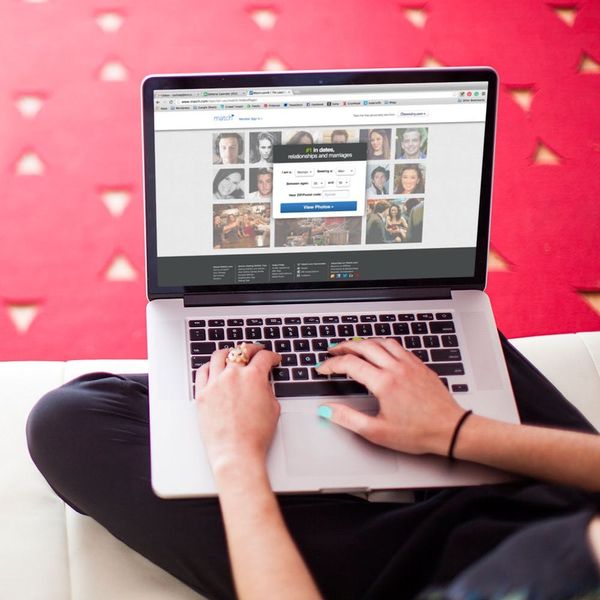 Today there are just about a million apps and websites to turn to if you’re interested in online dating. One site that has remained prominent for years is Match. With over 21 million users and 10 years of experience, we’re going to go ahead and call them a definite top dog of modern-day dating. So it makes total sense that every year they compile all that relationship knowledge into a survey focused entirely on “Singles in America.” And let us tell you, there is some real dating insight here. But this survey, while totally eye-opening, is also pretty extensive, and we know you’re a busy bee. So to save you some time we’ve gone through and picked out the most important takeaways. The land of online dating is a weird but wonderful place — consider this your road map.

1. Dudes want an independent lady. Match’s survey tells us 89% of singles want a partner with a sense of independence and 86% want someone with the same level of intelligence. They’re calling this “The Clooney Effect” because “More and more, men are seeking independent women and women are setting the tone in relationships. When even a lifelong bachelor like George Clooney settles down, you know things are changing.”

2. Everybody’s doing it. Online dating, that is. Here’s a stat that’s a little shocking: only 6% of singles met their most recent first date at bar or club (say whaat?). People who date online go on more dates and tend to be more open to committed relationships. They’re also more likely to be more educated and hold down a full-time job.

3. The Basic Dos and Don’ts: Here are three major dating dos from men to women: include photos, send sexy texts and use emoticons. As as for those don’ts? Don’t text more than once before a reply or during work hours. Also try to avoid using slang like LOL, OMG, etc.

4. Master the au natural selfie. 61% of singles think the most attractive selfies are natural and not enhanced. It will also help if your selfie includes a beautiful backdrop and maybe even a silly face. Basically, just try to be Katy Perry on vacation.

5. Facebook isn’t your diary. 73% of singles consider airing emotional drama in social media posts to be a turn-off. Both sexes find misspellings and bad grammar really unattractive. Another major turn-off? An excessive amount of selfies. Just ask someone else to take your picture every now and again, mmkay?

6. Use Emoji. Match puts it pretty bluntly: people who use emoji get more, uh… action than people who don’t. Thought that winky face meant nothing? Think again. The kissing, smiling/blushing and winking faces are the three most used icons. Why do we love them so much? Both men and women agree that they show more personality and make it easier to express feelings.

What’s your biggest tip for online dating newbies? Share your knowledge with us in the comments below.

Cortney Clift
Cortney is the senior writer and special projects editor at Brit + Co. She typically covers topics related to women's issues, politics, and lifestyle. When she's not buried behind her computer you'll find her exploring New York City or planning her next big adventure.
Dating
Home News
Dating
More From Home News