How a Surreal Hollywood Controversy Got Us Talking About Equal Pay 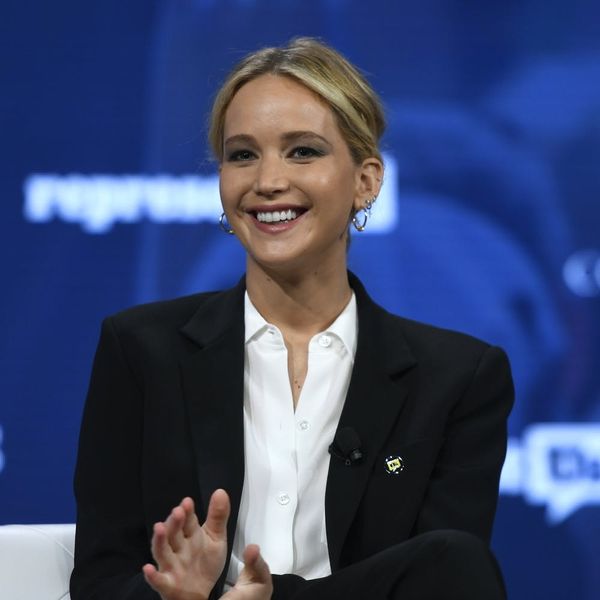 The 2014 Sony Pictures hack by an alleged North Korean operative stands as one of the strangest entertainment news stories of the past decade, but it was also — in a surprise, hindsight is 20/20 kind of way — a turning point for mainstream awareness of the gender and racial pay gaps in Hollywood. You might even say that the last four years’ worth of conversations about fair pay and inclusive onscreen representation in the entertainment industry can be traced directly to that singular moment.

In the days leading up to the 2014 Thanksgiving weekend, a hacker group leaked hundreds of thousands of confidential documents from Sony’s computer system. The move was meant to intimidate the film company into pulling its then-upcoming Seth Rogen and James Franco comedy, The Interview, which centered on a murder plot against North Korean leader Kim Jong-un. (Yes, this really did happen.)

Among those documents was a spreadsheet containing the salaries of more than 6,000 Sony Pictures employees, Fusion (now Splinter News) reported at the time. The spreadsheet highlighted the overwhelming white-male-ness of Sony’s top earners. It also made public knowledge the pay disparity between white male actors and their female and costars, and it led some lesser-paid performers to take a stand.

The Sony leak was, by and large, a devastating privacy breach that exposed the personal information of thousands of company employees. It was not an event worth celebrating, in and of itself.

But, as an ironic byproduct of this nightmare scenario, the scourge of unequal pay got onto more people’s radars. The entertainment industry’s gender pay gap, in particular, “became a more public conversation,” Reese Witherspoon said in a 2016 roundtable interview with Elizabeth Banks, Eva Longoria, and Kerry Washington for Entertainment Weekly. “I knew it. We all knew it, but we didn’t talk about it.”

Even among those who were aware of unequal pay in the movie biz, learning the exact dollar amounts of some discrepancies had an eye-opening effect. It was reportedly due to the hack that Charlize Theron learned her costar Chris Hemsworth was slated to earn $10 million dollars more than her for their film The Huntsman: Winter’s War. The South African actress later negotiated a raise to equal his salary.

Theron confirmed the pay bump in an interview with Elle UK: “I have to give them credit because once I asked, they said yes. They did not fight it. And maybe that’s the message: That we just need to put our foot down. This is a good time for us to bring this to a place of fairness, and girls need to know that being a feminist is a good thing. It doesn’t mean that you hate men. It means equal rights. If you’re doing the same job, you should be compensated and treated in the same way.”

The Sony breach also revealed that Jennifer Lawrence and Amy Adams were paid less than their male costars for the 2014 film American Hustle. When The Daily Beast broke the story, writer William Boot noted that those pay rates would have been brokered after the roaring success of The Hunger Games had catapulted Lawrence to stardom and certified her rank as box office gold. She was, as Boot put it, “far and away the biggest star of the picture.”

In an essay titled “Why Do I Make Less Than My Male Costars?” for Lena Dunham’s Lenny Letter, the Oscar winner gave readers some candid insight into her view of the ordeal.

“When the Sony hack happened and I found out how much less I was being paid than [the men], I didn’t get mad at Sony,” she wrote. “I got mad at myself. I failed as a negotiator because I gave up early.”

“But,” she went on, “if I’m honest with myself, I would be lying if I didn’t say there was an element of wanting to be liked that influenced my decision to close the deal without a real fight.”

When the Sony hack cracked open the window on pay inequality among the rich, beautiful, and famous, it got the rest of us talking, too. It also made the issue harder for haters to shrug off as a feminist conspiracy theory. When JLaw isn’t getting at least as much of a box office cut as her male costars, it gets tough to deny something fishy is at play.

Discussions about fair pay would set the stage for further reflection about the intersections of gender, race, and power in workplace dynamics and beyond — part of a dialogue that, coincidentally or otherwise, has become central to our current political moment. Leave it to Tinseltown… and one of the weirdest entertainment industry scandals of our time.