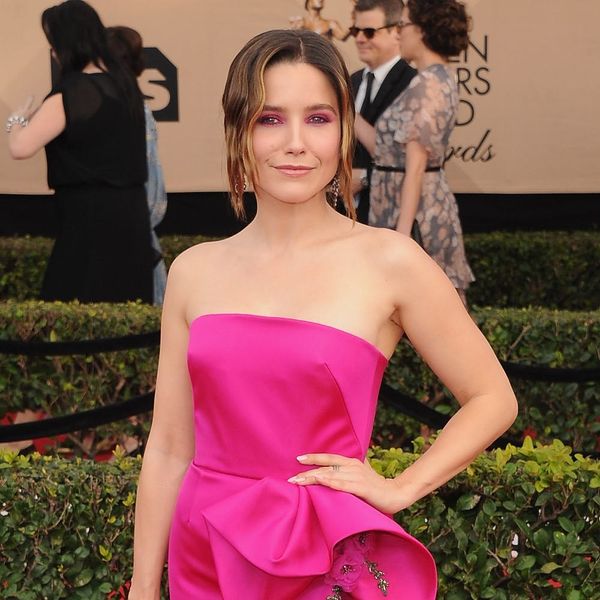 Ryan Reynolds may be the #1 celeb crush for plenty of folks, with his fit form and hilarious ways (not to mention the fact that he’s an adoring hubby to Blake Lively and father to two unbelievably adorable little girls), but it turns out that kissing him isn’t always that great. Seriously! Sophia Bush may have been lucky enough to get the chance to smooch the Deadpool star, but she just admitted that the experience was less than stellar.

She may be known nowadays for her role as Erin Lindsay on Chicago P.D., but a few years ago she was taking on her very first acting job and she just happened to be playing a character opposite Ryan Reynolds.

Oh yeah, and it was her job to make out with him.

“That was actually my first real, professional job,” she told E! on the SAG Awards red carpet, talking about 2002’s National Lampoon’s Van Wilder in which she played the small role of Sally, the freshman. “He was my first onscreen Hollywood kiss. And he was a gentleman, so thank you, sir.” Aw, that’s sweet. Buuuut…

Despite being a gentleman, the kissing itself was kinda awkward. Not in that Ryan’s a bad kisser (frankly, we don’t know if he is or isn’t), but the sitch wasn’t exactly conducive to romance.

“Honestly, it was just how strange it was because you see these things happen on camera and they look flirtatious or fun or sexy,” Sophia explained. “There’s 40 people standing around you. They’re adjusting exactly the tilt of your face so you’re not blocking the other person’s light, and your hand has to go here but not here. It’s really not sexy. We do our best to sell it, but it’s a very bizarre process.”

So it may not have been ideal (and was, in fact “bizarre”), but still, she got to kiss Ryan Reynolds, so it can’t have been totally terrible.

You can take a peek for yourself below.

Can you imagine kissing someone for a movie (i.e. with cameras and tons of direction)? Tweet us @BritandCo!