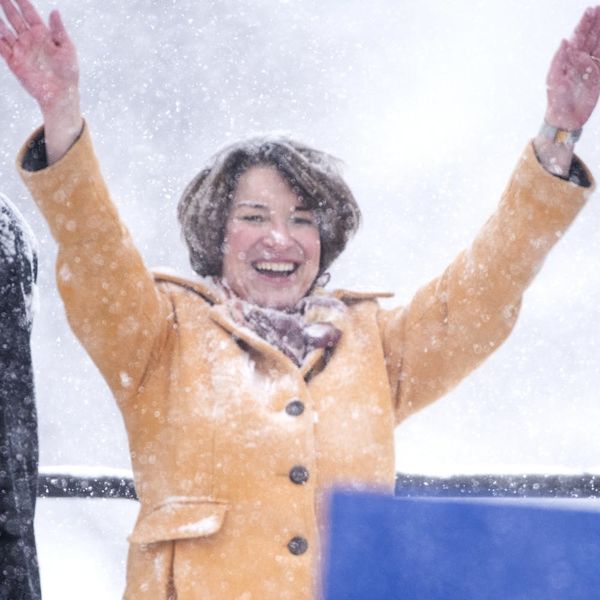 Minnesota senator Amy Klobuchar hadn’t even officially announced her 2020 presidential campaign before three prospective candidates to lead her campaign team dropped out of the running — reportedly, in part, over the liberal Democrat’s reputation as an allegedly abusive boss.

Reports from both HuffPost and BuzzFeed News, each released just days before Klobuchar formally announced her campaign, detail complaints from former staff who claim that the senator created a hostile work environment where verbal abuse was commonplace. Through a series of interviews with former employees and the review of “dozens of emails” between Klobuchar and her team, BuzzFeed News reports a pattern of alleged bullying, outbursts of anger, and public ridicule of staff members.

Additionally, anonymous former staffers told HuffPost that Klobuchar was constantly highly critical. (One alleged example is that she would frequently refer to employees’ work as “the worst” work she’d seen.) BuzzFeed News cites emails from Klobuchar, “often sent between one and four in the morning,” that allegedly corroborate these claims.

“Klobuchar regularly berated employees, often in all capital letters, over minor mistakes, misunderstandings, and misplaced commas,” BuzzFeed News reports. “Klobuchar, in the emails, which were mostly sent over the past few years, referred to her staff’s work as ‘the worst in … years,’ and the worst in my life.'”

Four anonymous former staffers also alleged to BuzzFeed News that Klobuchar would sometimes throw items such as papers across the room in fits of rage, and that on one occasion an aide was accidentally struck by a binder that Klobuchar had flung in anger. In a POLITICO post headlined “The ‘Worst Bosses’ in Congress?” Klobuchar topped the Senate’s category with the highest staff turnover between 2001 and 2016, though the reason for said turnover was not given.

The allegations against Klobuchar are in the spotlight after more than a year of public discourse about workplace abuse stemming from the resurgence of #MeToo and the formation of the Time’s Up legal defense fund to protect women in professional environments. After multiple women in Hollywood went public with sexual assault allegations against Hollywood executive Harvey Weinstein, increased scrutiny over sexual misconduct at work has led to a heightened awareness of worker mistreatment in general.

In the aftermath of #MeToo, people have become quicker to notice and call out the different ways that bosses may exploit their power, and to varying degrees of severity. Perhaps more than any other time in recent decades, now is a moment when allegations of workplace abuse will be taken seriously by others.

But as various stories have clearly demonstrated in recent months, not everyone in an alleged abuser’s immediate orbit is necessarily a direct victim. In addition to unhappy, anonymous former staff, a number of other Klobuchar employees went on the record to tell BuzzFeed News and HuffPost that their experiences working for her were positive. Both articles include dissenting voices; one former employee told BuzzFeed News that “Amy was one of the best bosses I’ve had.”

Additionally, some of the senator’s champions are framing the accusations as sexist criticisms. Past and present staffers told both news outlets that the allegations could be evidence of how gendered double-standards distort interpretations of a female boss with high standards for employees. “Women shouldn’t be expected to nurture their employees or colleagues more than men, and they should be no less entitled to challenge them,” one woman told BuzzFeed News.

Of course, none of the former staffers who have taken umbrage at Klobuchar’s alleged behavior have said anything about not wanting to work hard or excel. These staff have simply listed examples of alleged conduct that made it needlessly taxing to do their jobs. Expectations, high or otherwise, are irrelevant.

Among the primary lessons of #MeToo and Time’s Up is that abuse is enabled by imbalances of power, and that mistreatment of employees is common, rather than exceptional. But for some, the idea that even powerful women are incapable of unethically wielding their power over others remains, to the detriment of everyone.

Regardless of whether or not Klobuchar is sometimes the subject of sexist critiques or has high expectations for her employees, all employees should expect that they will feel safe at work. Allegations that Klobuchar has failed in this regard should be taken seriously, regardless of her gender or who vouches for her.