Want to Stay Young Forever? This Life Hack Is Key 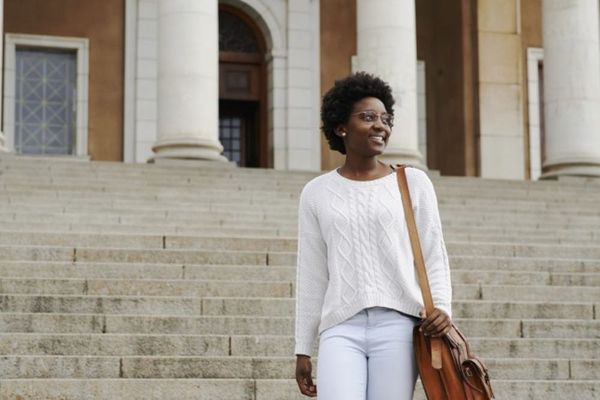 We all know that taking the stairs is the healthy alternative to hopping on the elevator at work; those extra calories burned totally cancel out those happy hour grapefruit margaritas later. Some of us even purposely fit stairs into an intense outdoor workout. If you’re one of those people, you’re onto something BIG when it comes to staying young. According to a study recently published in the Neurobiology of Aging journal, both stair climbing and education have even more positive effects than we originally thought.

Researchers from the Concordia University in Montreal found that the more flights of stairs a person climbs and the higher their level of education, the younger their brain physically appears. Specifically, they found that brain age decreases by 0.58 years for every daily flight of stairs climbed and 0.95 years for each year of education completed.

Lead researcher Jason Steffener and his team used MRIs to examine the brains of healthy adults from ages 19 to 79. The results clearly showed that those participants who reported higher education and stair climbing had significantly less visible gray matter decline in their brains. A decrease in gray matter is one of the more obvious effects of aging, so the more gray matter you have (and keep as you age), the physically younger your brain appears.

Steffener sees these findings as a significant gain for the older generation’s health. “In comparison to many other forms of physical activity, taking the stairs is something most older adults can and already do at least once a day, unlike vigorous forms of physical activity… This is encouraging because it demonstrates that a simple thing like climbing stairs has great potential as an intervention tool to promote brain health,” he said in a news release.

Similarly, the study’s results can be used as an incredible incentive for those younger generations who take the stairs to go ahead and apply for that grad program.

Will you opt to take the stairs more? Tag us in your Insta @BritandCo!