Starbucks Is Giving Us Back a Customer Favorite Frappuccino! 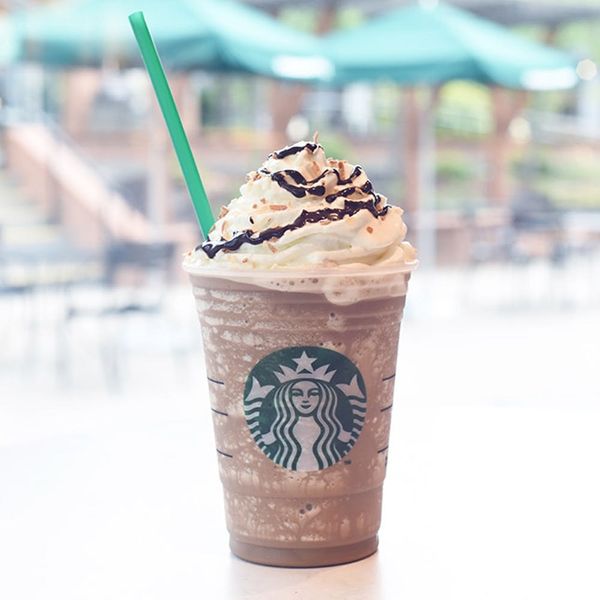 I think Starbucks really really really really really really likes us, y’all. Why do we feel that way you ask? Well, the coffee co has been beyond generous this summer, handing out sweets + treats (large + small) L + R. So if that’s not love, then we don’t really know what love is. After announcing earlier in the week that the NYT is coming to the Starbucks app in 2016 + a new rewards program with Lyft, the Seattle-based coffee brewer is reuniting Frappuccino lovers with a fan favorite. Tegan + Sara and The Lonely Island were right all along, everything truly is awesome.

This morning Starbucks announced the return of the fan favorite Mocha Coconut Frappuccino to its menu. Starting today, the blended beverage will be available at participating stores across the US and Canada for all of your chocolate-coconut needs. But there is a catch (isn’t there always?!), the frozen coffee drink that’s packed with mocha sauce and coconut syrup and topped with whipped cream, chocolate drizzle and toasted coconut flakes is only available while supplies last. THE HORROR! On the bright side, a new bottled Frappuccino Mocha Coconut drink will be on grocery store shelves year-round to give you the tropical island feels whenever you may need to get your flavored caffeine buzz. But if you want real deal drinks after it’s sold out, try one of the four secret menu items below that will more than likely blow your mind and probably piss off your barista in the process.

1. Thin Mint Frappuccino: While a barista may be able to swing a sad version of this blended bev, it may be better to go the homemade route in this case. Crumble up some Girl Scout Thin Mints (or grocery store knockoffs) and mix ’em with milk, ice, matcha powder and chocolate chips and you’ll feel like you’re living in the middle of GS cookie season any time of the year. (via Honeysuckle)

2. + 3. Cake Pop + Horchata Frappuccinos: Celebrate your birthday by having the barista throw a cake pop (or two) into a Vanilla Bean Frappuccino to turn the party all the way up. Then if you wanna add some spice to your life order a Tazo Chai Creme Frappuccino and request vanilla syrup, cinnamon dolce syrup and chai syrup are added in and topped with whipped cream and cinnamon for a Spanish frozen fiesta. (via Foodbeast)

4. Butterbeer Frappuccino: Essentially a Caramel Frappuccino… well, with triple the amount of caramel and a dose of toffee syrup. After indulging in one of these you’ll be a wired Harry Potter fan. Too bad there’s no midnight releases anymore to go along with that sugar rush Tumblr)

Will you be picking up a Mocha Coconut Frappuccino (or several) while they’re back on Starbucks’ menu? Let us know in the comments.