Starbucks Has 6 New Frappuccino Flavors You Need to Try 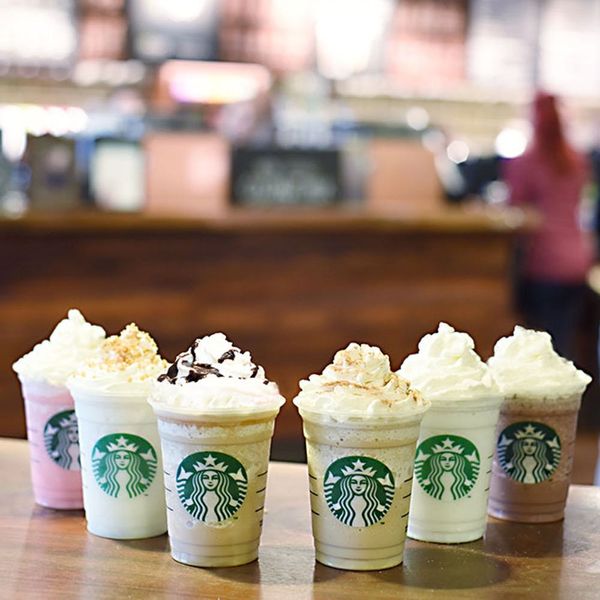 So far this year Starbucks is really taking the term “treat yourself” to a whole new level. Today the coffee co announced the launch of six — yes, SIX! — new frappuccino flavors as part of its Frappuccino Flav-Off. Yeah, that mini frapp with a cookie straw seems a little stale now.

While you may be thinking Starbucks is launching a half dozen frozen beverages because it’s the summer, think again. The rollout of these six new frappuccino flavors — Caramel Cocoa Cluster, Cinnamon Roll, Cotton Candy, Cupcake, Lemon Bar and Red Velvet Cake — is actually to celebrate the 20th anniversary of the blended drink.

Based off of customers’ fave frappuccino combos, these “Fan Flavor Frappuccinos” are available today and an ultimate fan fave will be decided upon. Starting June 19 until June 30, those indulging in these wild combos will get to vote on which they enjoy the most (or that gives them the ultimate sugar high) on Frappuccino.com. Then the winner of the Frappuccino Fan Flavor contest — announced on July 3 —will be available for everyone’s indulgence as a $3 grande. What a bargain!

Check out the full ingredients of these crazy frozen combos here.

Which new Starbucks Frappuccino flavor will you be trying? Let us know in the comments.