This Starbucks News Is Even Better Than Mini Frappuccinos 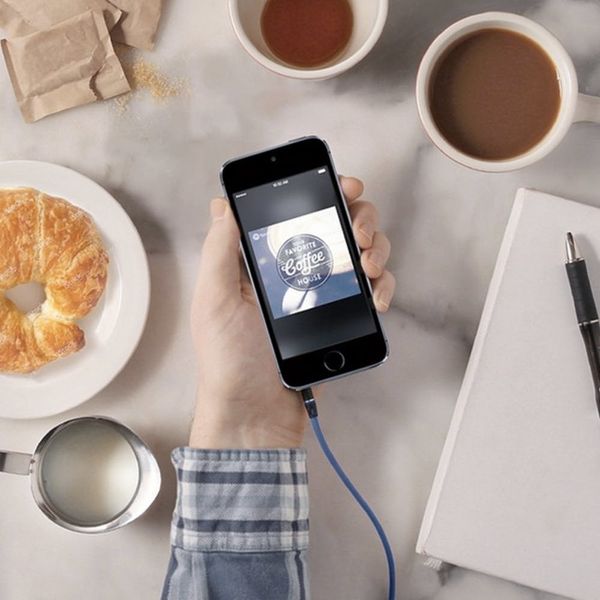 Mini frappuccinos are so last week. And S’mores fraps are so last month. Starbucks just announced two exciting tidbits of info that have us feeling like we took numerous shots of espresso. First, alcohol could soon be served at more locations. Second, Sbux is partnering with Spotify for something you’ll love. Seriously, is it just us or do both of these revelations make you want to jump up and down!? Yeah, it might just be that extra dose of caffeine…

Let’s start with the more important news: potential happy hours at Starbucks. According to San Francisco’s KTVU, the #1 first date spot could be turning into a bar at night in Bay Area locations as the coffee purveyor submitted applications to the California Department of Alcoholic Beverage Control to gain its license to sell beer and wine at 39 California locations, many of which happen to be close to Brit HQ. If the license is approved the Northern California spots will be added to the already impressive list of Starbucks Evenings locations — like Seattle, Chicago, LA, Atlanta and Portland — in selling small dinner plates, beer and wine after 4pm. Fingers crossed for a Starbucks Cab soon, Bay Area.

The possibility of brews + vines hitting the Bay gives us a buzz, but the just-announced partnership between Spotify and the coffee co is even more interesting. The streaming service revealed yesterday that they will be the lead music partner of Starbucks, allowing My Starbucks Rewards loyalty members access to its playlists on Spotify.

That access gives customers the ability to influence in-store playlists, meaning there’s potential some non-standard coffee shop music could be coming to the coffee house. Rolling out in stores throughout the US, Canada and the UK in the fall, the program will first begin through the input of partners’ (aka employees) Spotify Premium accounts. The partner-created playlists will be accessible on Spotify via the Starbucks Mobile App so customers can stream their favorite barista tunes anywhere, anytime. Even if they aren’t indulging in a Trenti ;) Then once all the kinks are worked out customers will be able to provide their favorite tunes to the program. Starbucks, you know just how to keep us comin’ back.

Which Starbucks news — Spotify or alcohol — are you most excited about? Let us know in the comments.