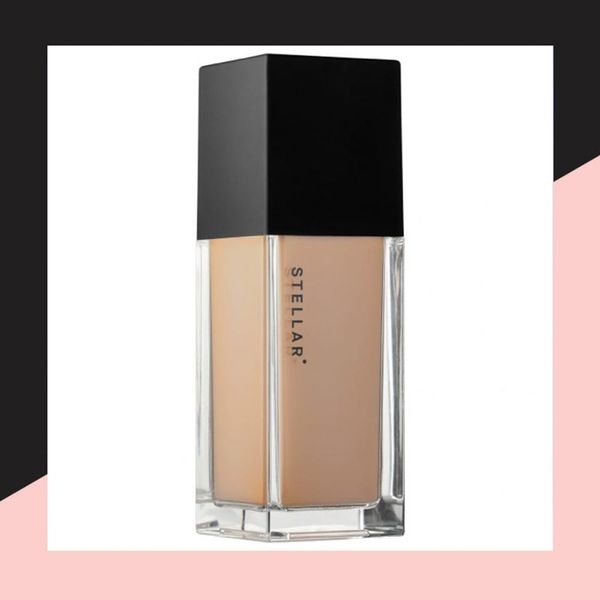 While we can’t get enough of shopping for lip colors and mascaras at Sephora, finding that perfect foundation shade — especially if you fall into the not-fair, not-deep tone range — can be beyond daunting. Often we’re left with mixing two different products to find the right match, which isn’t the easiest of solutions. Well, a brand-new, exclusive-to-Sephora makeup line is here to ease the struggle. Keep reading to learn why we’re officially #obsessed with Stellar makeup.

Stuck in the Middle: Founder and CEO Monika Deol noticed there were plenty of shades of foundation and makeup out there made for fair skin and darker skin tones. However, there weren’t many in the medium range — something she, as an Indian-born (and Canada-raised) woman, was keenly aware of as she began a career in media. “Working in Canadian television and entertainment for many years gave me some insight into the lack of makeup choices for women of color,” she tells Brit + Co. “I had a feeling that even though we make up two-thirds of the world’s population, and are the fastest growing demographic in North America, the world of beauty wasn’t keeping up with us.” (Photo via d. picard)

Because, Science: That’s when Deol started obsessively looking into what currently existed at Sephora. She carefully curated a spreadsheet of every foundation the store sold (seriously, who does that!?) and graphed everything against the Pantone Skin Tone chart, because, science. “Not surprisingly, I found the left side with light skin tones saturated, with many offerings at all price points. The far right side of the chart was surprisingly well populated,” she noted. “In the middle, for all my medium skin tone squad-Indian, Hispanic, Latina, Filipino, Chinese, Middle Eastern, Indigenous, Mediterranean, Afro-American, mixed race, etc., it was rather sparse!” Even more sparse? A price point for medium skin tones at $50 and under. That’s when Deol had a major “a-ha” moment and knew she had to do something. “Makeup was always an obsession. Now it was a mission. I wanted Stellar to deliver to all skin tones and over-deliver to the medium skin tone range,” she says.

The line includes foundation, concealer, powders, lipsticks, mascara, and more, but here’s everything we can’t wait to get our hands on.

1. Stellar Limitless Concealer ($27): If you’ve ever tried to cover up your flaws with a concealer that didn’t match your complexion, you know how ridiculous it can look. You won’t have that problem here.

2. Stellar Infinite Lipstick ($22): The collection isn’t limited to the face. We’re partial to the lipstick that leave a saturated color (choose from 14 shades) with a subtly shiny finish.

3. Stellar Limitless Foundation ($38): It’s available in 20+ varieties, so you know you can find your match. It’s also lightweight and natural feeling so your skin won’t feel oily — because no one wants that.

Have you ever found it impossible to find makeup for your complexion? Tell us on Twitter @BritandCo!

Brit + Co may at times use affiliate links to promote products sold by others, but always offers genuine editorial recommendations