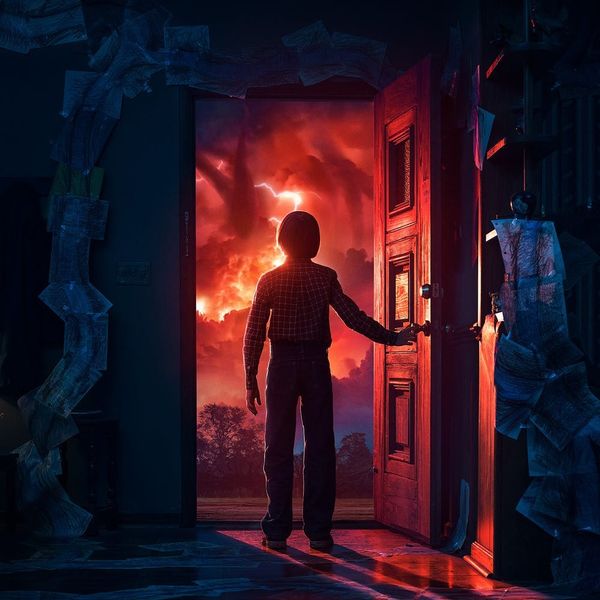 It’s Friday the 13th, and to celebrate, our friends over at Stranger Things have dropped the final season two trailer ahead of the show’s October 27 return. (Have you started planning your Stranger Things-themed party yet?) In keeping with the theme of the day, the new teaser is appropriately chilling, and overflowing with action-packed awesomeness.

Stranger Things will turn the world Upside Down when it returns to Netflix (along with a pretty stellar lineup of October additions) in just two weeks. That much is clear from the glimpses we see of Will, whose troubles obviously didn’t end after being rescued. And did we mention the looming shadow in the sky that proves the Demogorgon wasn’t the only monster stalking Hawkins?

Meanwhile, Winona Ryder’s character is still frantically trying to protect her son, and Hobbs seems to be getting closer to the truth about what’s really going on at the mysterious military-like base. The kids and their teen allies don’t appear to be backing down in any way, either, as evidenced by the shots of Nancy brandishing a weapon like a badass and Steve grabbing his trusty nail-filled bat.

Of course, we can’t forget Eleven (played by the fabulous Millie Bobby Brown), who’s seen nabbing the Eggos left behind in the forest by Hobbs (we love that he’s still watching out for her) and showing up much later with curly hair and a fiercely determined look in her eyes. There’s no doubt that she’s right back in the thick of the action.

Check out the final season two Stranger Things trailer below, and get ready to binge-watch the next chapter of your favorite show when it hits Netflix on October 27.

But prepare yourself for chills!

Are you excited for season two of Stranger Things? Let us know @BritandCo!