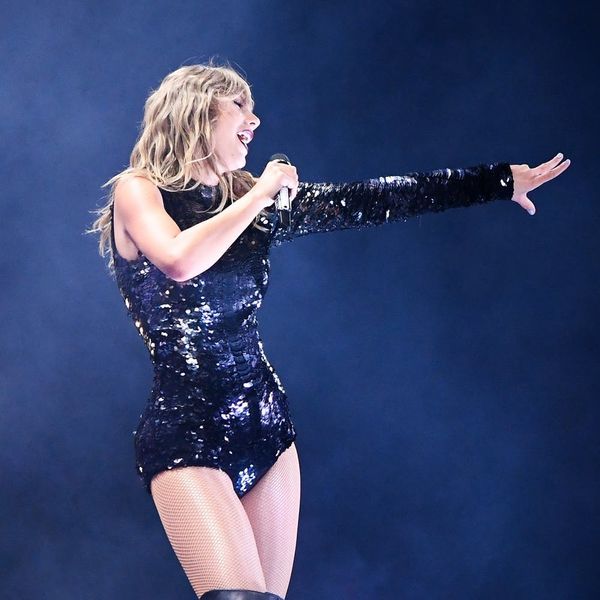 Taylor Swift is famous for giving back to her fans and showing her support for the communities she visits. Recently, she donated hundreds of concert tickets to a town mourning the loss of a police officer.

Sgt. Michael Chesna, from Weymouth, Massachusetts, was fatally shot earlier this month while responding to a car crash. According to reports, the suspect in his death is also believed to be responsible for the death of a bystander, Vera Adams.

In the wake of the tragedy, Swift decided to give the town what Weymouth Mayor Robert Hedlund described as “a significant number” of complimentary tickets to her Reputation tour show in Foxborough, Massachusetts. ThePatriot Ledger reports that Hedlund, in turn, gave the tickets to the town’s police officers and firefighters.

“My understanding is that they did it low-key and weren’t looking for publicity,” Hedlund told the newspaper. “There were enough to send every police officer, firefighter, and extended family to the concert, and then some.” He added that “the gesture was absolutely generous, significant, and appreciated.”

Swift’s Massachusetts stop was special for another reason, too. Gigi Hadid joined Ryan Reynolds and Blake Lively in a special VIP section to enjoy the concert, and Reynolds and Lively had an adorable reaction to hearing the voice of their three-year-old daughter, James, during the intro to “Gorgeous.”

Another concertgoer shared a video of the group singing along with their friend on stage, tweeting, “THIS IS THE BEST VIDEO EVER. When you have two idols that’s nothing better than seeing them support each other. Ryan Reynolds clapping his hands, Blake Lively dancing next to Gigi Hadid. That’s nothing better I could ever ask for. I STAN BLAKE LIVELY AND TAYLOR SWIFT.”

Have you been to any of Taylor Swift’s Reputation tour concerts? Let us know what you thought of the experience @BritandCo!