Thanks to Kim Kardashian West, Alice Marie Johnson Is Being Released from a Lifetime Prison Sentence 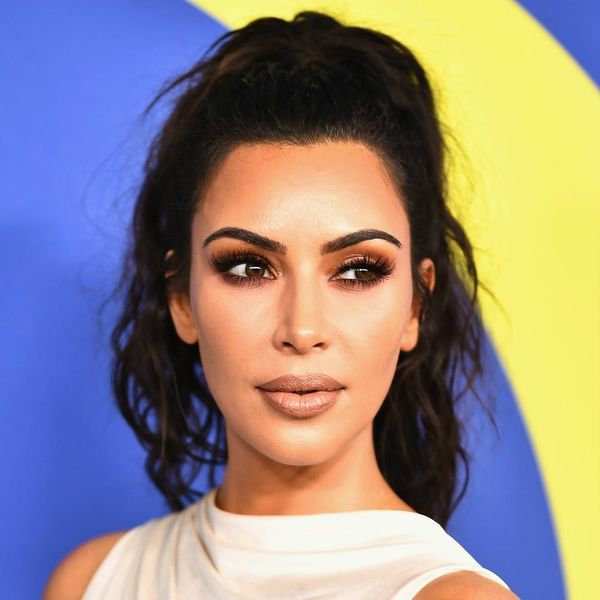 Last week, Kim Kardashian West headed to Washington DC to meet with President Trump to talk about prison reform, raising eyebrows in the process. While pundits couldn’t quite figure out why Kardashian West would be advocating for prison reform in the first place, the reality star certainly made a splash — her visit has helped commute the sentence of 63-year-old great-grandmother Alice Marie Johnson, who was incarcerated in 1996 on drug-related charges. Though the commute falls short of a full pardon, it will mean that Johnson will be released from prison.

Johnson was sentenced to life in prison after being found guilty of facilitating communications between drug traffickers in her home state of Tennessee. In a feature by Mic, Johnson said she originally got involved in drug trafficking due to financial hardship after a string of unfortunate events in her life had left her jobless and lacking income.

“I went into a complete panic and out of desperation, I made one of the worst decisions of my life to make some quick money,” Johnson said of the decision she made, which landed her a life sentence without parole.

Kardashian West saw a Mic video about Johnson’s 20-plus years behind bars, and it spurred her to act. After losing out to a clemency grant bestowed on over 200 convicts in 2016 by then-President Obama, Johnson felt hopeless. Kardashian West reportedly spoke to her lawyer and Johnson directly to try and help, eventually leading to her meeting with President Trump and White House Adviser Jared Kushner.

After their meeting, Kardashian West tweeted that she felt optimistic about her request for clemency, saying, “I would like to thank President Trump for his time this afternoon. It is our hope that the President will grant clemency to Ms. Alice Marie Johnson, who is serving a life sentence for a first-time, non-violent drug offense.”

Now, it looks like the meeting paid off. Axios first reported Wednesday that the President has offered clemency to Johnson, commuting her sentence but not issuing her a full pardon. In an official statement, the White House tempered the decision with their commitment to be tough on crime.

“Today, President Donald J. Trump granted a commutation to Alice Marie Johnson, a 63-year-old great-grandmother who has served almost 22 years in Federal prison for a first-time criminal offense,” the statement reads. The White House goes onto praise Johnson’s model behavior and “rehabilitation” behind bars as part of their reason for clemency.

“While this Administration will always be very tough on crime, it believes that those who have paid their debt to society and worked hard to better themselves while in prison deserve a second chance.”

“I’m grateful to the president for allowing Alice to go home after 21.5 years in prison and to Kim Kardashian for her advocacy on Alice’s behalf,” said Jennifer Turner, a lawyer with the American Civil Liberties Union, to the New York Times. “I urge the president to do the same for other federal prisoners serving extreme sentences that don’t match the offenses, while reforming our draconian sentencing laws that produce these senseless punishments.”

Kat Armstrong
Kat has been a writer, social media maven and mom for longer than she's willing to admit. She's also spent time in front of and behind the camera, interviewing celebs, politicians and acting as a producer for fashion and artistic photography shoots. When she isn't writing for various orgs and publications, she's hanging with her kids, husband and French Bulldog, Peter, in Toronto, Canada.
Kardashians
Current Events
Kardashians Politics