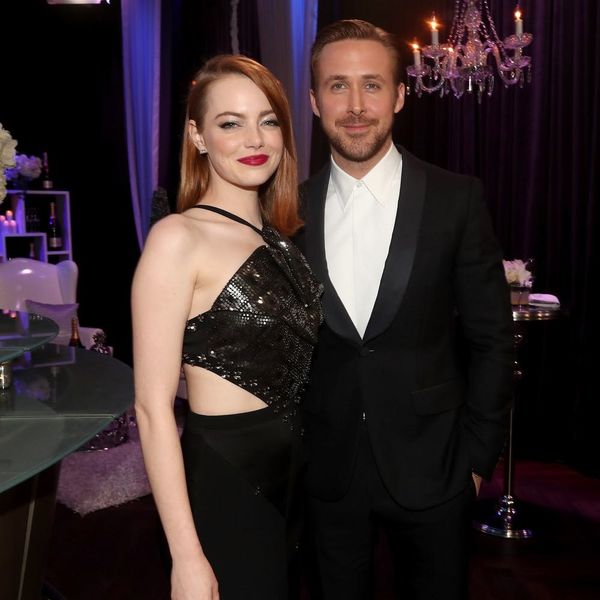 2016 saw a LOT of breakups (Brangelina, Bella Hadid and The Weeknd, Lady Gaga and Taylor Kinney, Taylor Swift and EVERYONE, to name a few), so we totally get it if you’re feeling a bit skeptical about love. But peeping the (blue?) carpet at the 2016 Critic’s Choice Awards tonight, you’d pretty much never know it. That’s because these 11 (well, technically 10) couples are here to remind us that true love TOTALLY exists: They’re living, breathing proof. See who’s helping to restore our faith below!

1. Leslie Mann & Judd Apatow: We mean, is there a red (or blue!) carpet (never mind a movie) these two can’t dominate together? (Photos via Christopher Polk/Getty)

2. Jessica Biel & Justin Timberlake: While we often see Jess or JT out on the red carpet, a joint walk is rare for these two these days, but when they ARE together, they pretty much glow. (Photo via Christopher Polk/Getty)

4. Jeff & Susan Bridges: Jeff and Susan have been together for nearly 40 years, but she STILL looks at him like a newlywed. May everyone be so lucky! (Photo via Christopher Polk/Getty)

5. Tom Hanks & Rita Wilson: Tom and Rita are right up there with Jeff and Susan (give or take a few years — they’ve been married for 28) and their totally in-sync all-black looks show it. (Photo via Christopher Polk/Getty)

6. T.J. & Kate Miller: Host T.J. goofed around with wife Kate, giving her a dip on tonight’s blue carpet for the cams. (Photo via Christopher Polk/Getty)

7. Felicity Huffan & William H. Macy: No one appeared to be having more fun on the carpet than Felicity and hubby William, giving us total #RelationshipGoals. (Photo via Frazer Harrison/Getty)

8. Emma Stone & Ryan Gosling: Okay, okay, so they’re not an official couple, but these La La Land co-stars were still cute as can be, hamming it up on the blue carpet together. (Photo via Frazer Harrison/Getty)

9. Viola Davis & Julius Tennon: While Viola shined bright enough for both herself and hubs Julius Tennon on the carpet tonight, she seemed to have a little *extra * glow on his arm. (Photo via Frazer Harrison/Getty)

10. Kaley Cuoco & Karl Cook: Kaley may have experienced her fair share of heartbreak (and physical pain with a tattoo cover-up) following a divorce in 2016, but she seems to have plenty of happiness headed her way in 2017; at least if this adorbs shot of her and BF Karl Cook is any indicator! (Photo via Christopher Polk/Getty)

11. Emmy Rossum & Sam Esmail: Though Emmy was radiant herself, it was she who couldn’t take her eyes off fiancé Sam Esmail tonight. (Photo via Frazer Harrison/Getty)

Which couple do you think is the cutest? Share @BritandCo.