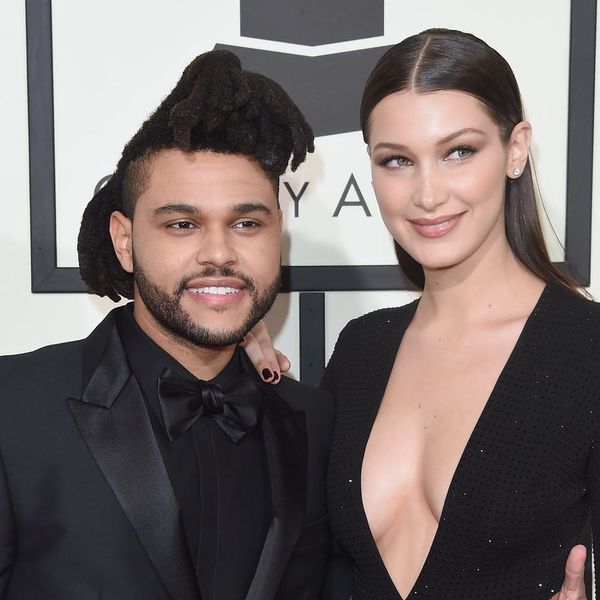 Bella Hadid has been having a rollercoaster of a year. Dealing with a chronic condition and landing one of the biggest gigs of her career have certainly filled 2016 with ups and downs. The same can be said for The Weeknd, who not only has a momentous career milestone coming up, but he also just split from his loving lady, Bella Hadid. And as the world learns of their breakup, the duo now has to face heartache just weeks before these two major events.

The pair, who have been together for nearly two years, were relatively quiet about their relationship, but always seemed adoring when they walked the red carpet together. However, it looks like they’ll both be hitting events solo for the time being, as their relationship has taken a backseat to their thriving careers.

“Their schedules have been too hard to coordinate and he is focusing on finishing and promoting his album,” a source told People. “They still have a great deal of love for one another and will remain friends.”

The timing of the split is either totally understandable or wildly awkward, as two major events are coming up for the famous pair.

On December 5, Bella will be making her debut in the Victoria’s Secret fashion show. An ultimate aim for any model, this is a huge deal for Hadid. It also might be a little awkward that her now-ex, The Weeknd, is scheduled to perform.

Not only did it totally make sense for him to be a musical guest because of his connection to Bella, who will be receiving plenty of attention during the show, but The Weeknd also has an album about to drop. Starboy, his upcoming third studio album, will hit the public in just two weeks on November 25.

Perhaps when their schedules cool off, things will heat up again with Bella and The Weeknd.

Are you surprised by Bella and The Weeknd’s split? Tweet us @BritandCo!