The Bachelorette Recap: The Men Tell Too Much 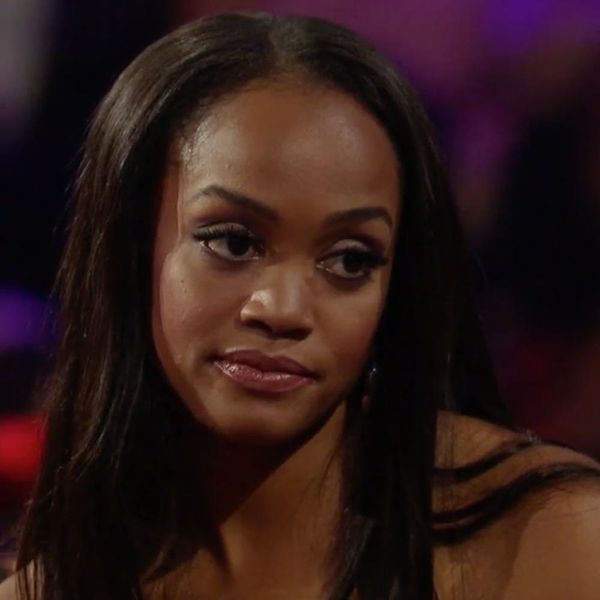 It has been 10 weeks of agonizing drama on this very trying and maybe not even fun season of The Bachelorette, but little did I know that the worst was yet to come on the Men Tell All episode meant to ratchet up the suspense before next week’s finale, where Rachel will definitely get engaged to maybe the wrong person.

As we relive the trauma of the early episodes when there were, like, 60 guys who wanted to kiss Rachel on the mouth, we are also forced to confront social issues magnified on this season and its surrounding media. It’s a brutal watch that’s mostly guilt with little pleasure, and the only way I see fit to digest what went down in the episode is to rank five of these clowns from simply terrible to all-out garbage monsters. Congratulations, Bryan. You’re not the worst this week!

5. Iggy: More interested in gossip than making a love connection, Iggy is fully defensive for his limited time in the spotlight here, and would not only make a terrible partner but probably an even worse friend.

4. Blake and Whyyyyyyyareyouhere: The sex-positive trainer and uhhh, comedic brand builder (?) are the worst that California has to offer and we got no new perspective from watching them relive their early season drama.

3. DeMario: Allegations of sexual assault on Bachelor in Paradise are very lightly acknowledged and DeMario is mostly just given the chance to show who he really is. Who he really is pretty terrible. He continues to deny his relationship with Lexi, revealed in episode two, and generally comes across as an attention-seeking jerk who has a very low opinion of fellow contestants, side chicks, and pretty much anyone who isn’t himself.

2. Chris Harrison: I struggled with not putting Chris Harrison as the worst this show has to offer and #1 is a literal racist. After 15 years and approximately a million seasons of Bachelor media, Harrison is a horrible personality-free bore who certainly has no business attempting to work through the heavier nature of this season. Watching him try to navigate Lee’s excoriation was about as bad as watching Matt Lauer trying to be a journalist. The way he charmlessly demands that we watch the very dramatic season finale of The Bachelorette and the “already controversial” upcoming season of Bachelor in Paradise makes television watching feel like a necessary evil dictated by the worst high school history teacher. If the Bachelor franchise has a future, it has to be without this dude.

1. Lee: The obvious pick for sure, but nothing was quite as uncomfortable this season as watching this soulless garbage monster try to smooth-talk his way into suggesting that he is becoming more woke. “I don’t like racism at all,” he says, suggesting that he might be something of an accidental racist? After Anthony comes at him with well-reasoned criticism, he replies, “Anthony, you’ve always been well-spoken,” indicating that he will probably still be an accidental racist moving forward. Because this is a family show, this can’t end with anything other than Lee’s heart growing three sizes as he promises to do better. Our hearts are supposed to be warmed by the other guys’ promise to help this cud-chewing probable Trump voter learn and grow. I admittedly would watch Pretty Boy Pitbull Kenny King Teaches Lee How Not to Be Racist so hard.

Fortunately, the episode was filled with only mostly terrible moments. It also forced me to reconsider and affirm my affection for some special guys who I may have called potential serial killers in the beginning of the season. Tickle Monster Jonathan gave me too many American Psycho vibes for me to warm up to him in the beginning but his tickle reel at the end and the fact that he was seated in a great big hand chair made me feel terrible about ever suggesting that he was a total creeper. Though tickling is still pretty creepy, right?

And then, there’s dreamy Dean, who’s teeth are scarily big and white, but who confronted his absentee father, put gum behind his ear before swallowing it during an interview, wore socks that matched his pocket square, and won all of our hearts. He’s headed to Bachelor in Paradise to get another shot at finding eternal love at age 25 and I couldn’t be happier for him. Godspeed, Baby Bro!

What did you think of the men on this season of The Bachelorette? Tell us @BritandCo.