The Bachelorette Recap: Love/Hate and Basketball 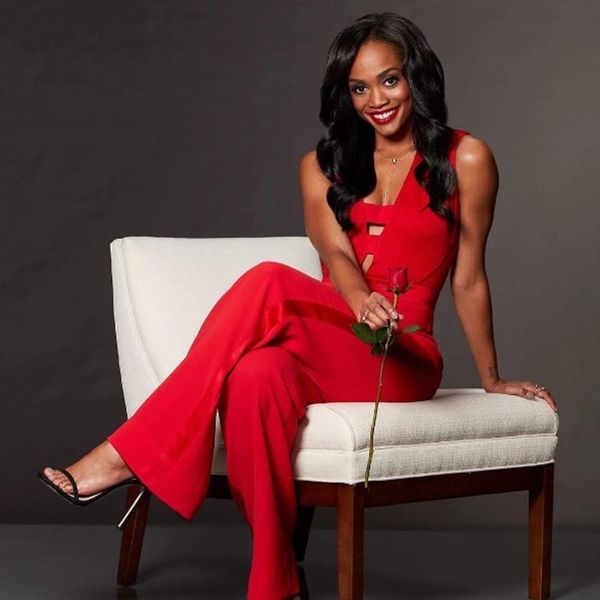 “She smells so good!” says one of the weirdos vying for Rachel Lindsay’s heart on week two of The Bachelorette. It’s hard to believe, but after the emotional whirlwind of the season premiere, there are only 23 suitors left! This includes six possible murderers and a professional wrestler who frequently threatens to open up a can of whoop-a** on fellow competitors. Be still my heart!

Rachel goes on a group date with Iggy (not Diggy), Fred, the former summer camp troublemaker, likely personal injury attorney Jack Stone, aspiring drummer Blake E., creeper Dean, Jonathan (American Psycho whose job is still listed as “Tickle Monster”), Pretty Boy Pitbull Kenny King, and Lucas (Whaboom!). Ashton Kutcher and Mila Kunis guide the men through a husband material obstacle course. Wha-loser excels at the course and somehow doesn’t get knocked into season 23 when he pushes the Pretty Boy Pitbull in a mad dash for the finish line. When the pent-up violent energy in these men is finally released, it’s going to be so hot.

During one-on-ones, Blake E. makes a devastating revelation about Lucas: “He’s here to promote ‘Whaboom!'” REALLY? Much as I would prefer to go on this journey without having to mute the television every time a “Whaboom!” hits, Blake E.’s whining makes him far more annoying than Lucas. Go back to aspirational drumming, bro. While Wha-lame wins the challenge, Creeper Dean’s good-boy looks and smooth lips earn him a rose. Turns out Rachel totally digs the lame “I wanna go black and never go back,” line. I’ll let it slide this time, Rach.

Rachel goes on a one-on-one date with incredibly pretty Peter to Palm Springs, BUT THERE’S A CATCH. Rachel and Peter are joined by… Copper! Who’s a good boy? Definitely that dog with his glittery blue cast on his mysteriously broken leg. Peter impresses at a dog hotel and romantic dinner before revealing that, like Rachel, he had seen a relationship therapist after getting his heart broken. The connection is overwhelming for Rachel who kisses Peter in front of fireworks and gives him a rose. Is it too early to hope these two gap-toothed beauties can ride off into the sunset on a gap-toothed horse?

Urkel-to-Stefan stand-in Will, handsome salesman Jamey, Diggy (Not Iggy), vacuumer Alex, scary doll owner Adam, potential villain Lee, reformed penguin Matt, bad dancer Eric, prosecutor Josiah, and ultra-confident DeMario go on the next group date, a basketball tournament with special guest Kareem Abdul-Jabbar. Isn’t that guy the best? Can he be the host instead of boring Chris Harrison? While DeMario’s team loses, he shows the most skill and determination on the court. This is all well and good, except for the fact that a surprise guest has shown up to stir up some serious drama.

That drama comes in the form of his GIRLFRIEND, Lexi, who comes up to Rachel after the game to inform her that she and DeMario were together until she saw him on The Bachelor: After the Final Rose proposing that he and Rachel elope to Vegas. It’s clear that DeMario is just here to be on television. For what, it’s unclear. Does he want to be a television amateur basketball star? Does he want a buddy prank show with Wha-bro? Either way, Rachel is not having it and tells him to “get the f*** out.” DeMario laughs in seeming disbelief and rides off talking about “character assassination.” Leave the legal terms to Josiah, heartbreaker.

Rachel is more devastated by this turn of events than expected, perhaps disappointed in herself for getting played so easily. It’s okay, Rach! You’ve still got, like, over 20 guys to love and betray you and you’ll be engaged to one of them soon enough. The remaining guys from the basketball date attend to her and shower her with affection, but none of them are quite as suave as Josiah, who shows his protective side before laying a big smooch on her and nabbing a rose.

Back at the mansion, it’s almost time for a rose ceremony, and I’ve finished a bottle of wine after two hours with these bros. Just when it’s time to say goodbye to hopefully 10-15 weirdos, however, security informs Chris Harrison that DeMario is trespassing and wants to talk to Rachel. As she exits the mansion to hear him out, the bros get amped up and follow her out, led by Pretty Boy Pitbull Kenny King, who appears to be out for blood. “To Be Continued…” flashes on the screen and I open another bottle of wine so I can try to forget that there will still be at least 20 guys on next week’s episode.

Peter: “I feel butterflies.” “That was nice.”

Josiah: “He’s protective of me.”

Eric: Well, he thought it was passionate.

Number of Times Rachel Referred to Herself As Skeptical: One

What did you think of this week’s episode? Tell us your thoughts @BritandCo!