The Bachelor’s Corinne Olympios Just Got Real About Slut-Shaming 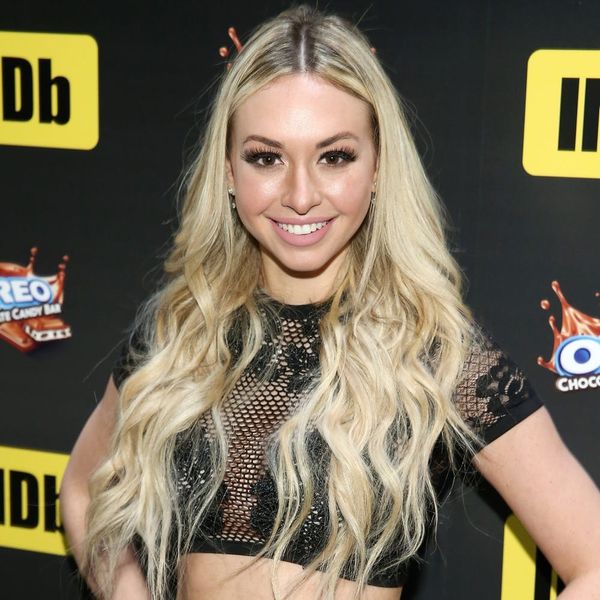 The Bachelor’s Nick Viall shocked the world Monday night when he sent home the show’s resident villain, Corinne Olympios, with whom he seemed to share a special (if unexplainable!) connection, before the show’s finale.

Olympios was expectedly upset beyond belief, saying that she “would never kiss up to a man again in her life,” that she was done “trying to impress men,” and that she would be “her” from here on out (perhaps new Bachelorette Rachel Lindsay was onto something when she assured us that we weren’t getting the full picture of Olympios?).

Now, the former Bachelor contestant is speaking out to ET to discuss some of the treatment she received during her time on the show — and she isn’t just talking about Viall.

“I think that people saying that I used sex or my sexuality to… get roses is just stupid,” she said. “Honestly, the whipped cream thing was kind of a spur of the moment, like, ‘oh, this is funny,’ you know, people took such offense to that, like, calm down. It’s really not that big of a deal. It’s really not.”

She went on to say that while it did look a teensy bit more scandalous that she intended it to, she is human, after all, and the action was simply meant to be “cute and funny.” When asked whether or not she thought she was slut-shamed by not only viewers, but the other women in the house, she says that she thinks she was, perhaps, a bit slut-shamed, but doesn’t regret her actions.

“Come on,” she said. “I mean, if there’s no sexual attraction, then just don’t even bother,” before telling the camera, “To all you women out there: Take that advice.”

As for the haters, Olympios says that while she’s sorry she did something that made them that upset, she “can’t make the world happy.”

You do you, girl!

Do you think Corinne was unfairly judged? Tell us why or why not over @BritandCo.