This Conspiracy Theory About Bachelor Villain Corrine Will Blow Your Mind 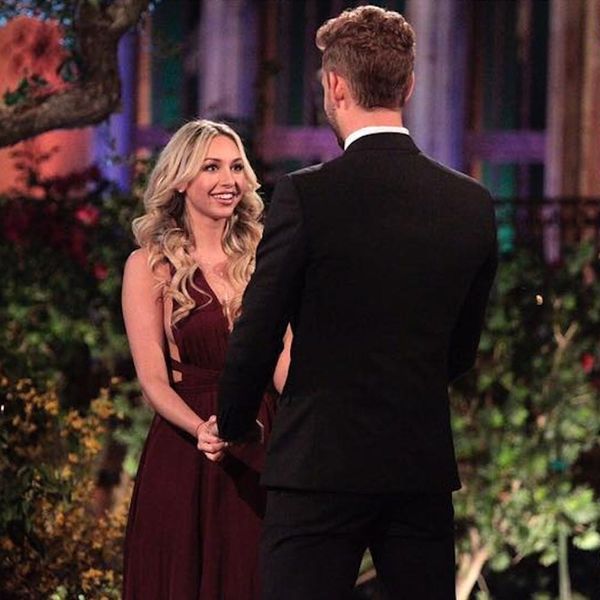 It didn’t take long into Nick Viall’s season of The Bachelor for things to get cray.

Just when you thought it was safe to go back into the mansion swimming pool! 🦈 #TheBachelor

From the show’s season premiere, when one of the contestants looking for love, Alexis, dressed up as a shark (though, to be fair, she thought she was dressing up as a dolphin), things were bound to be wacky. Others accidentally dressed in all red, causing some early drams, but it was a woman named Corinne — who we learned had a nanny not for a child, but for herself — that got the first kiss.

Ah, Corinne. Obvious attempts at setting her up to be the villain were made right from the start, and girl didn’t disappoint. From topless pool party whipped cream shenanigans to her sneaky attempts to get more one-on-one time with Nick, the rest of the women were pretty much mad at her from the get go, baffling us all as to how she was able to fit so much drama in between all those naps.

There were some suspicions in the fall that Nick might already actually be engaged, and with the recent shocking pic of Corinne wearing what looked like an engagement ring IRL, fans were starting to get shook. Luckily, it was quickly clarified that the ring belonged to a friend and Corinne was simply trying it on. And posing for photos in it. (Mmm hmmm. Sure!)

One of us is a Bachelorette contestant and the other has a nanny.

Of course, so much of the way The Bachelor is portraying Corinne is in service of the show’s narrative. But what if it’s not as contrived as we think? Get ready, because this conspiracy theory is gonna blow your mind (and make you LOL): Corinne is actually a teen merely trapped in an adult’s body.

Welp, I did always know how to make a grand entrance.. catch tonight's crazy episode of the bachelor at 8pm on ABC! 😺🌹💋😅

NY Mag lays all the facts on the line — the naps, the nanny, the love of cheese pasta, her unfamiliarity with Backstreet Boys (whose heyday would’ve already come and gone if she were, in fact, a teen), the crying, her love of bouncy castles, the pool party antics — and did we mention the naps? All signs point to the obvious answer that she’s actually someone much younger than her proclaimed 24 years, at least in spirit… or maybe body too. What if she’s just lying about her age? We’re onto you, Corinne… and we’ll never be able to look at you the same way again.

What do you think the real story is with Corinne? Let us know over @BritandCo!