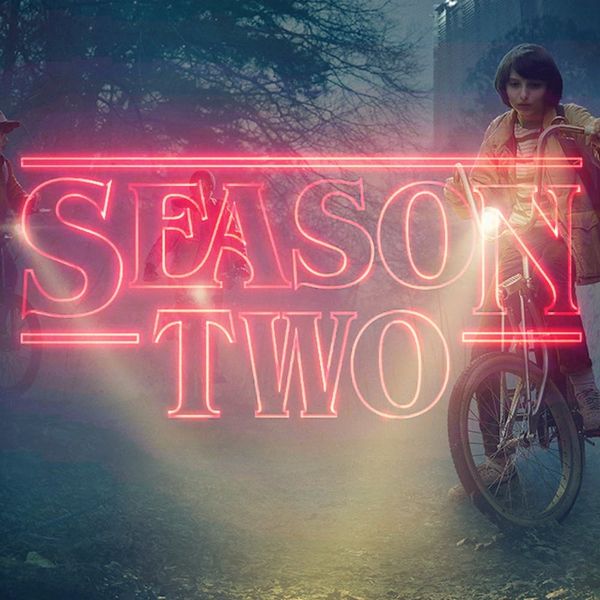 While Halloween may seem like it’s ages away, the Stranger Things folks are already providing plenty of awesomeness to keep us occupied (and more than a little giddy) until season two hits on October 31. After seeing the first super creepy trailer during the Super Bowl, we’ve now been given a peek at the cast of kids on their new EW cover, and what we’re spying gives us a vital clue about season two.

With the first season of Stranger Things becoming an instant viral hit and the cast of young break-out stars gracing Entertainment Weekly‘s new cover, the series’ Executive Producer, Shawn Levy, admits that one of the issues they’re facing stems from the show’s popularity, explaining, “That is the new challenge of season two: quieting the cultural noise that surrounds our show.”

That definitely won’t be easy, as the Netflix series continues to be as popular as ever and fever will soon be sparking up once again as clues start to come out about the creep-tastic second season.

Hold on to your Eggos! Your exclusive first look at #StrangerThings season 2 is officially here: https://t.co/VX7a2uOwtP 😱 pic.twitter.com/stAY6xGzuC

For instance, take a look at that cover again. Notice something about Eleven (played by superstar-in-the-making Millie Bobby Brown)? Check out her hair. Those adorable curls can only mean one thing.

No shaved head = no lab. She looks healthy, happy and is dressed in regular (’80s-ish) clothes.

We can only imagine what Eleven (and her pals, not to mention everyone else in town) has been up to since we last saw them. We’re already getting chills at all of the disturbing possibilities.

Do you think Eleven’s curly hair is a sign of her state/situation in season two? Tweet us @BritandCo!

Desiree O
Desirée O is a ‘Professional Bohemian’ who loves anything and everything related to the arts, entertainment, and pop culture. She ADORES being a ‘Newsy’ for Brit + Co, covering all of the latest tidbits of awesomeness that you want to read about. When she’s not writing, she’s either making messy art, going on long adventurous walks with her camera, or poking around over at bohemianizm (http://www.bohemianizm.com/). You can find out about Desirée O and her work at http://DesireeO.com/ or follow her on Twitter @DesireeO.
Halloween
Pop Culture
Halloween Netflix
More From Pop Culture