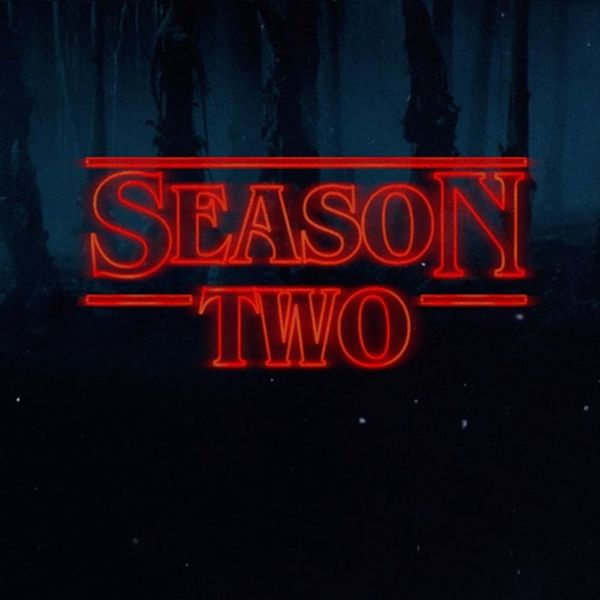 The bits of news we’ve been given already has us wildly stoked for season two of Stranger Things. When we found out that the new trailer would drop during the Super Bowl, it (along with Lady Gaga’s subtly political halftime performance) totally gave us a reason to tune in, even if we aren’t the biggest football fans. And we certainly weren’t disappointed! The first trailer — filled with horrifying hints and terrifying teases — is just as creepy as the release date itself.

Prepare yourself for a truly freak-tastic Halloween, friends, because that’s when you’ll finally be able to binge-watch the next season of your fave sci-fi series. Filling us in on that crucial deet, the trailer also keeps us totally captivated with Ghostbuster costumes, spooky characters up to suspicious acts and one heck of a gigantic monster flashing before our eyes all while overlaid with intensely deep breathing. So… utterly… creepy. It’s perfect!

Check out the super scary teaser below and just try not to get morbidly excited over the upcoming season.

What are you hoping to see in season two of Stranger Things? Tweet us @BritandCo!

Desiree O
Desirée O is a ‘Professional Bohemian’ who loves anything and everything related to the arts, entertainment, and pop culture. She ADORES being a ‘Newsy’ for Brit + Co, covering all of the latest tidbits of awesomeness that you want to read about. When she’s not writing, she’s either making messy art, going on long adventurous walks with her camera, or poking around over at bohemianizm (http://www.bohemianizm.com/). You can find out about Desirée O and her work at http://DesireeO.com/ or follow her on Twitter @DesireeO.
Halloween
Celebrity News
Halloween Netflix