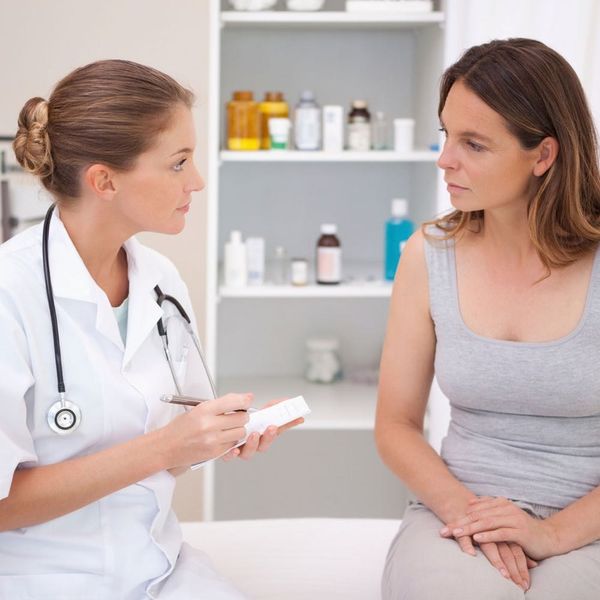 Millennials and Gen Z are dealing with a lot these days, and one of those things is sexually transmitted infections (STIs). According to a 2016 report from the Centers for Disease Control and Prevention (CDC), people between the ages of 15 and 24 were disproportionately affected by STIs. And, according to the CDC, young women are particularly vulnerable to significant, long-term complications of STIs.

For this reason, it’s important for all sexually active people, but especially young people, to get tested regularly and to take control of their sexual health. But as many know, getting tested for STIs — and especially just talking about them — can be difficult. That’s why digital strategist Bryan Stacy and Dr. Natalie Hiromi Brito, a research scientist at the Columbia University Medical Center, have teamed up to create an app that they’re calling the “first virtual sexual health clinic,” called Biem.

Because STIs are heavily stigmatized, some people avoid or delay getting tested. In fact, a 2016 study revealed that an overwhelming majority of young people between 15 and 25 years old have not been tested for STIs in the last 12 months: Over 75 percent of men and women age 20 to 25, and over 93 percent of adolescents between 15 and 19 are in the dark about their sexual health.

According to the study, many young people won’t get tested because they have confidentiality concerns. Stacy, who is also the company’s CEO, tells Brit + Co that beyond confidentiality fears, people often don’t get tested because of anxiety over whether or not they have an STI, potential feelings of shame and embarrassment, and the simple fact that getting tested takes up time some people don’t have.

With Biem, patients meet via video chat with a medical professional and can either take an STI test at home or at a partnering lab. Stacy, who himself was diagnosed with an STI several years ago, says the company is dedicated to making it simple and easy for young people to get valuable information about their health.

In the interest of encouraging sexually active people to talk to their partners about sexual health, Biem also allows users to share their test results anonymously with other Biem users. Stacy tells us that, hopefully, this feature makes it easier for partners to “break the ice,” and have a sometimes awkward and difficult conversation. Whether that conversation happens the old fashioned way, face-to-face, or using Biem, it’s important to have these talks one way or another.

Stacy also says that the company wants to lessen the stigma still broadly associated with STIs. Eventually, Stacy says, the app will have content that allows users to explore how their status relates to others, adding, “We all face sexual health anxiety at some point in our lives; now we will be able to see that we’re not alone in this feeling.”

Many young women have also started speaking openly and publicly about life with an STI, challenging the idea that these infections somehow ruin your sex life — or your life in general.

Devin Elise Wilson, a young woman who was diagnosed with genital HSV-1 two years ago, has taken an entertaining and highly public approach to confronting STIs: singing show tunes to strangers in the New York City subway after discussing her STI status.

“This is what I’m meant to be doing — living my life out loud so that others are inspired to do the same,” Wilson told Bust.

Then there’s the writer Ella Dawson, who also has a herpes diagnosis, and has written extensively about living with an STI, including dealing with judgement from others and how herpes factors in to her sex life.

“You will live the life that you want, and no doors have been closed to you,” Dawson writes on her blog. “Two in three people in the world have HSV-1, and one in six people have HSV-2 (those rates are even higher for women, and for people of color). You’re in good company. Welcome to the family.”

It’s becoming more common for people to open up about their STI status, but more people still need to get tested to find out whether or not they have something to disclose to future partners. A service like Biem could make it feel safer and easier for some to get tested, and perhaps can also facilitate frank conversations. Especially for young women, who face more risks with certain STIs, the opportunity to get tested quickly can help women take control of their health.

What do you think about Biem? Tell us on Twitter @BritandCo.