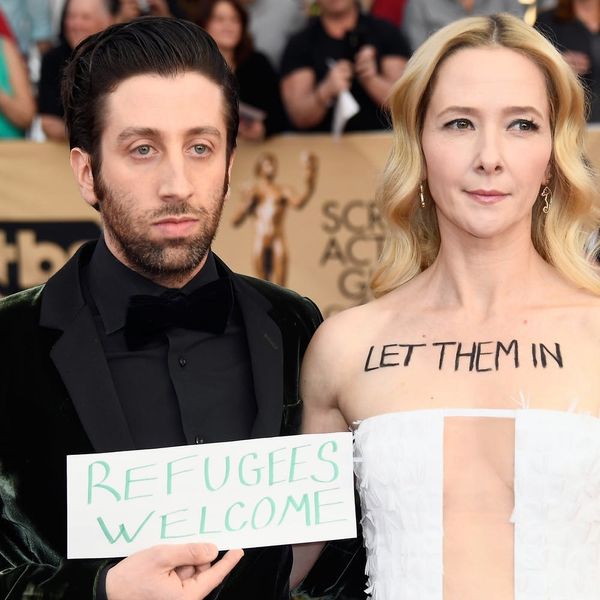 On the heels of President Trump’s executive orders for a seven-nation immigration ban (which currently includes extreme vetting for even legal, green-card holders) and indefinite suspension of Syrian refugees, the couple followed the lead of others speaking out around the world (Kim K. and celeb co. included) by adding some very note-worthy accessories to their ensembles.

Simon, otherwise clad in a green velvet tuxedo, carried a sign that very clearly read “Refugees welcome,” while Jocelyn scrawled a simple message across her chest: “Let them in.”

It was a bold and powerful move that would prove to be just the beginning of an evening which, so far, has remained largely politically charged.

What did you think of this couple’s political look? Sound off over @BritandCo.