This Girl Emailed Her College TA While High on Meds and It’ll Totally Make You Cringe (and LOL!) 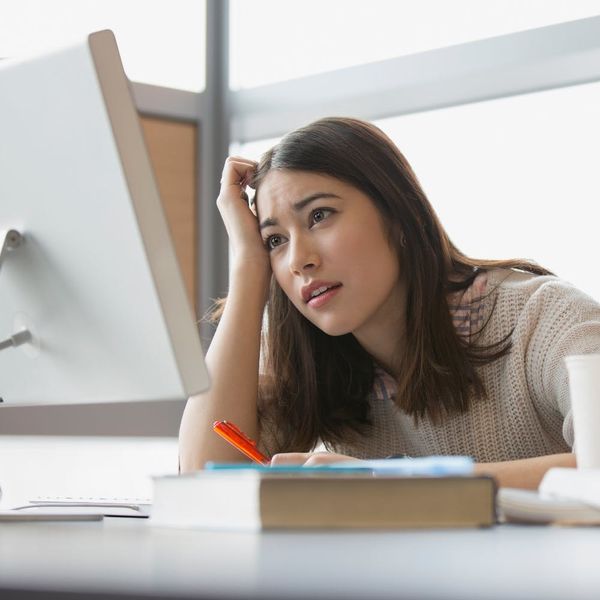 Granted, there’s a certain sort of etiquette you should follow when sending a professional email, but in all honesty, we can’t always be totally on top of our online game… especially when we’re not in a completely sober state. Having the ability to end awkward email encounters for good would be ideal, but unfortunately for one student, her message to a college TA sent while high on post-surgery meds will not only make you cringe, it will totally make you LOL!

19-year-old University of Nebraska–Lincoln student Abby Jo Hamele explained to BuzzFeed that she “required a lot of Hydrocodone” while recovering from having her wisdom teeth removed. Totally understandable (ouch, ouch, ouch!), as is the fact that the medication made Abby more than a little spacey.

Despite her wonky state, Abby was still aware of the fact that she had a paper due and was worried she wouldn’t be able to submit it in time. Attempting to be a dutiful student, she emailed her TA. What she apparently didn’t realize was that the medication would hinder her ability to write a fully coherent message.

I EMAILED MY PHILOSOPHY TA WHILE I WAS HIGH ON HYDROCODON I'M DEAD pic.twitter.com/ncJ8XX4zoe

Thankfully for Abby, not only did she still have plenty of time to get in her paper, Kevin the TA (or rather, “Kevin, my dude”) was totally cool about the entire thing.

@jabbyo3 this was the response I got if anyone was wondering pic.twitter.com/wMJC2CSsID

Maybe Abby should make sure she stays away from her phone and/or computer the next time she’s in need of major meds. Which, TBH, is probably good advice for all of us.

Have you ever sent an email or text while not totally, er, sober? Tweet us @BritandCo!

Desiree O
Desirée O is a ‘Professional Bohemian’ who loves anything and everything related to the arts, entertainment, and pop culture. She ADORES being a ‘Newsy’ for Brit + Co, covering all of the latest tidbits of awesomeness that you want to read about. When she’s not writing, she’s either making messy art, going on long adventurous walks with her camera, or poking around over at bohemianizm (http://www.bohemianizm.com/). You can find out about Desirée O and her work at http://DesireeO.com/ or follow her on Twitter @DesireeO.
twitter
Entertainment
twitter
More From Entertainment