“This Is Us” Season 2, Episode 9 Recap: Kate Mourns a Devastating Loss 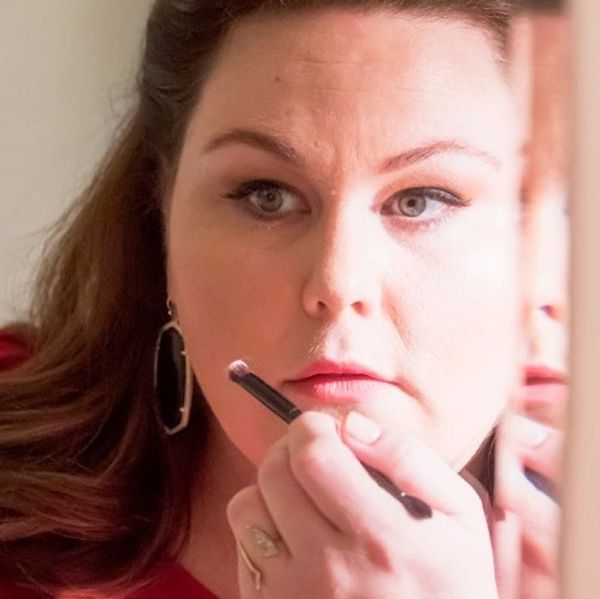 Grab a box of tissues, friends. At the end of last week’s episode, which was intensely emotional and harrowing even before those final moments, we were hit with the news that Kate had lost her baby. So with Kate being the focus of “Number Two,” we knew we were in for another roller coaster.

The show addressed the miscarriage right at the beginning of the episode, and then moved its focus to Kate and Toby trying to move on in the face of their loss. We saw the couple being upended when Kate realized what was happening, followed by the aftermath in the hospital. The good news, according to the doctor, is that she got pregnant in the first place, which means she can try again. But we know how this will work — Kate will hide her emotions and her trauma, even though Toby is hurting just as much as she is.

Case in point: Kate decides she wants to go to work and sing at a cafe gig that she has booked, so she puts on makeup and a new red dress and attempts to act like things are normal. Toby, for his part, is more in mourning than anything else, and is shocked by her decision to go.

In the past, teenage Kate is a little more stable than Kevin. She’s focused on college, and Rebecca has helped make a list of schools so that she has options. Kate feels slighted by this — Randall and Kevin have very clear ideas of where they want to go to school and what they want to do — but Rebecca says she just wants Kate to feel like she has potential for a future.

Rebecca snoops in Kate’s room and finds her audition tape for Berklee College of Music. As Rebecca listens to the song (“Summertime”), we turn to present-day Kate, who is singing at her gig but slowly losing it, especially when she sees a family dance. It’s a moment This Is Us is so good at — bridging the past and the present in a way that gets the viewer in the most emotional way.

She leaves the gig in a daze while memories of her pregnancy, her miscarriage, and her college experience play through her head. We know it’s not good when she ends up at a buffet on the way home, piling her plate high with food. But at the last moment, Rebecca’s voice reminds her that she’s a fighter, and Kate remembers that she IS. So she decides to fight back.

Toby isn’t doing much better, but at least he’s allowing himself to grieve… kind of. He sees the broken shower rod (where Kate had fallen in the bathroom when she had her miscarriage) and freaks out, and then tries to stop a shipment of a fancy baby tub, fearing that its delivery will set Kate off. He’s determined, and despite some misgivings, the delivery guy does manage to find the tub before taking it for himself. Toby goes to pick Kate up as planned but finds her not there, and after a few frantic phone calls (including one to Kevin that we saw last week), he returns home to find her. Kate has sprung into action: She called her mom and Kevin and told them the news (or in Kevin’s case, tried to), but she’s angry at Toby for letting her get her hopes up.

Back in the past, Kate has friction with Rebecca, as well. During Kevin’s football game, Rebecca admits she found Kate’s college application. Kate is initially upset, but when Rebecca compliments her, she turns her mood around. Later, at the hospital with Kevin, there’s another conversation in which Rebecca admits she feels disconnected from her daughter. Emotions!

Those emotions continue in the present day. Rebecca arrives at the house to be there for her daughter, and Kate finally lets her do that. Her mother tells her the story of when she lost Kyle, and the sadness she experienced even though she didn’t know him — the same way Kate didn’t know the baby she lost. She tells Kate about her own meltdowns and finally says that opening up to Jack was what made a difference. And clearly, this is the impetus for Kate to talk to Toby. Kate is honest, saying she feels like she failed him, and we know Toby thinks she never could. The episode ends with them agreeing to try to get pregnant again. Not now, but maybe in the future.

What did you think of “Number Two”? Tell us @BritandCo.