Why This Year’s Oscars Will Mark a Hollywood Turning Point 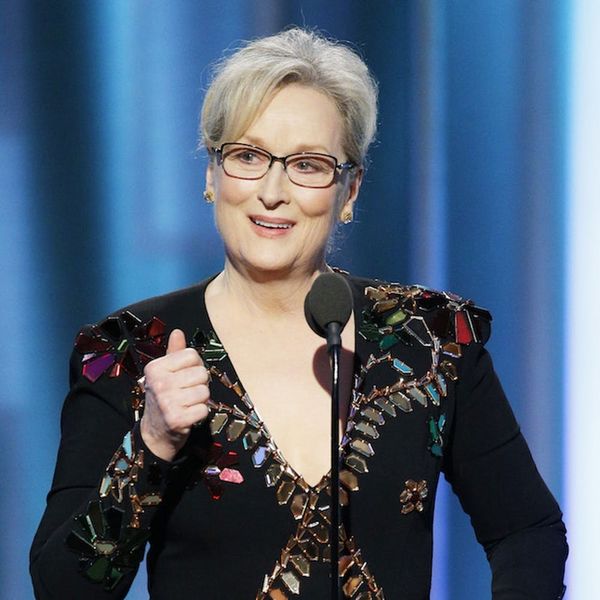 One of the highlights of watching awards shows is without a doubt the red carpet arrivals. We’re totally suckers for noticing color and pattern trends, like the return of the simple stripe at this year’s SAG Awards. And of course, there’s a good chance that Bryce Dallas Howard will be rocking a frock that’s super affordable, by Hollywood standards.

But increasingly, tuning into awards shows is more than just a fashion show — it comes with a heavy dose of politics too. Recently, we saw it when Meryl Streep used her Cecil B. DeMille Award speech at the Golden Globes to stand up for freedom of the press and immigration rights, and to rail against bullying and hate.

The recent SAG awards were even more broadly and openly political — almost every presenter and winner who got in front of a mic used the moment to address President Trump’s immigration ban, calling for unity. And The Big Bang Theory’s Simon Helberg and his wife Jocelyn Towne literally wore their support for immigrants in opposition to President Trump’s immigrant ban, which had been implemented that same weekend.

The Oscars are touted as Hollywood’s biggest night, and there’s no doubt that this year’s, happening on February 26, will mark a turning point. Nominated director Asghar Farhadi is from, and lives in, Iran; under President Trump’s travel ban, he would be unable to attend, which brings an immediate and very tangible political perspective to the room. And with the number of celebrities and major companies publicly speaking out against the President’s current executive orders, it seems very unlikely that the sentiment won’t find its way on stage in front of the Academy — and the world.

Hopefully, there will still be room for celebration too — this year’s more inclusive nominee list goes a long way to start addressing the #OscarsSoWhite problem of last year’s awards. Either way, it feels more and more like this year’s Oscars will be a memorable one.

Do you think the Oscars will be more political this year? Let us know over @BritandCo.