Viola Davis Broke *This* Oscars Record With Her Latest Nomination 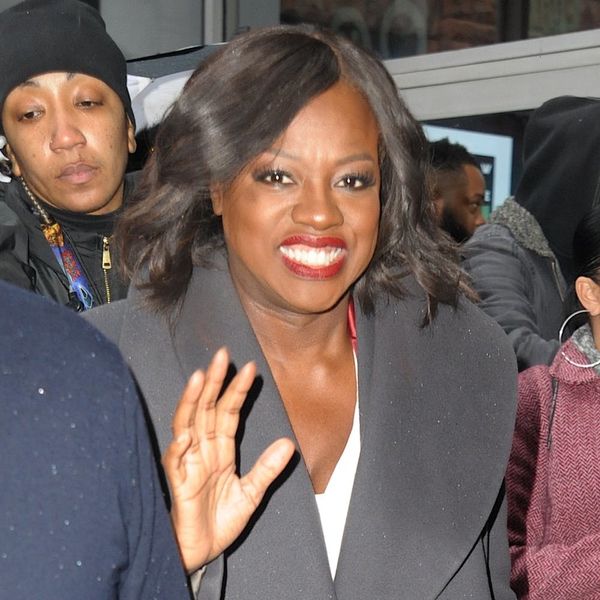 The Oscars may have come a long way when it comes to diversity since 2016 (though perhaps not as far with regard to women’s rights, as Constance Wu will tell you): Though it’s far from perfect, we were stoked to hear that this year’s nominees were far, far more diverse than they were just one year ago, when not a single person of color was nominated.

As it turns out, the nominee list is actually breaking some records with its inclusion: Not only did this year’s non-white nominees make up 35 percent of the nominee pool (seven out of the Academy’s 20 acting nominees were not Caucasian), one such nominee, Viola Davis, became the first black women ever to be nominated for three Academy Awards (huzzah!).

The actress, who made a super powerful point about taking responsibility for our own social actions while backstage at the Golden Globes, is up for Best Actress in a Supporting Role for Fences (the title of which caused some confusion at the Globes), adding to her previous nominations of Best Supporting Actress for Doubt in 2009 and Best Actress for The Help in 2012.

Thank you to @TheAcademy for recognizing this extraordinary, important film and my work in it. Thank you Denzel for being at the helm!

Viola, for her part, is thrilled, saying, “Thank you to the @TheAcademy for recognizing this extraordinary, important film and my work in it. Thank you, Denzel, for being at the helm!”

Up against some huge talent in Octavia Spencer (Hidden Figures), Naomie Harris (Moonlight), Nicole Kidman (Lion) and Michelle Williams (Manchester By the Sea), there’s no telling who will take home the award, but we can only imagine that the record-breaking acknowledgement already feels like a win in and of itself.

Do you think the Oscars have done enough toward diversifying their nominees? Tell us over @BritandCo.

Nicole Briese
Nicole is the weekend editor for Brit + Co who loves bringing you all the latest buzz. When she's not busy typing away into the wee hours, you can usually find her canoodling with her fur babies, rooting around in a bookstore, or rocking out at a concert of some sort (Guns N' Roses forever!). Check out all her latest musings and past work at nicolebjean.com.
Oscars
Celebrity News
Oscars
More From Celebrity News