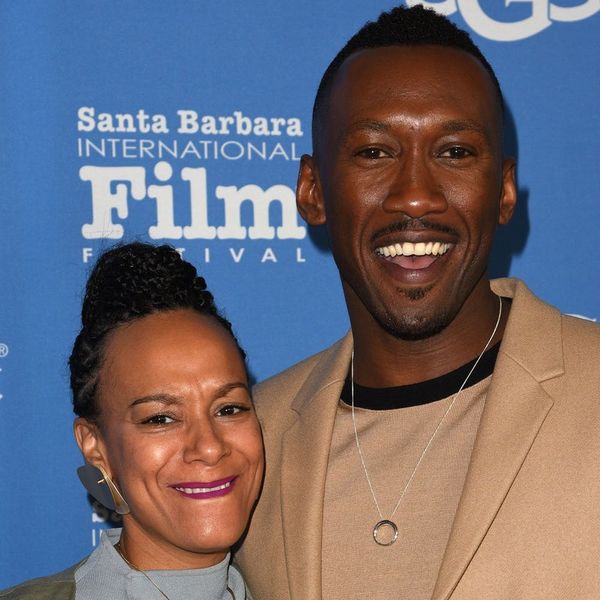 The Oscars are now just two days away (EEEEE!), but one nominee in particular, Mahershala Ali (who just so happens to be one of the seven actors of color making this year’s show more diverse) has already won the biggest prize of all before the ceremony has even begun: his first baby. The actor welcomed his first child with wife Amatus-Sami Karim today, taking to social media to share his joy with the world.

Along with this darling snap of Karim holding their sweet new bundle of joy, the nominee up for Best Supporting Actor in Moonlight revealed his baby’s name, as well. Taking into account his own full name of Mahershalalhashbaz (AKA the longest title known to man — no, but really; it’s the longest word in the Bible!), Ali revealed that he and Karim decided to keep things a little more simple when it came to their little one’s moniker. “Bari (Bar-ee) Najma Ali,” he wrote, also noting his new little tyke’s sign of #Pisces.

It’s a day Ali has been waiting for, telling E! in an interview at the SAG Awards (where he gave one of the night’s most moving speeches while accepting his win for Outstanding Performance by a Male Actor in a Supporting Role) that he was “looking forward to having a new teacher. Kids teach. They’re the truth. I’m ready to learn my lessons and learn them well, and I hope to have something to teach our child.”

After hearing his SAG speech, we can’t say we’re surprised to hear such wise words, but we adore them, just the same.

Congratulations, Mahershala — and best of luck on Sunday!

Do you think Mahershala will take home the Oscar too? Cast your vote over @BritandCo.

Nicole Briese
Nicole is the weekend editor for Brit + Co who loves bringing you all the latest buzz. When she's not busy typing away into the wee hours, you can usually find her canoodling with her fur babies, rooting around in a bookstore, or rocking out at a concert of some sort (Guns N' Roses forever!). Check out all her latest musings and past work at nicolebjean.com.
Celebrity Baby
Entertainment
Celebrity Baby Celebrity Baby Names Oscars
More From Entertainment