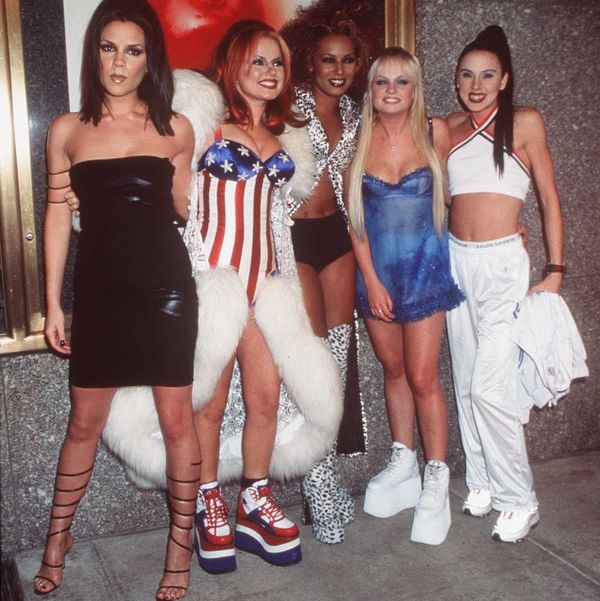 When we think about the Spice Girls (or is it “GEM?”), we’re usually filled with thoughts of positivity — you know, sisterhood, girl power and all that jazz. According to the group’s own members, however, that wasn’t exactly always the way things went down.

We’ve already heard Victoria Beckham’s take on her time in the ‘90s supergroup: fun, but not exactly for her. However, group member Melanie C., AKA “Sporty Spice,” has a slightly darker take on the sitch.

In a new interview with Attitude, Mel C. revealed that she actually felt bullied during her years with the girl group by members of her own. “I’m not going to name names, but yes. It’s been addressed, they were aware of what they’d done. They apologized.”

WHOA. This revelation is turning our world upside down, TBH! Although it does offer a bit more insight as to why she might not have been so keen to jump aboard that rumored reunion tour (though, considering that Geri Haliwell has since gotten preggers, we’re not so sure that’s still a go, anyway), with reports swirling that she even threatened legal action.

It turns out that Mel doesn’t entirely blame the situation on her aggressor(s?), however, saying that she wishes she would’ve stood up for herself more back then, and that the situation lent itself to discord.

“Now that I’m older, I’m a lot more confident, and I will not be shat upon. But when I was younger, I let people sh*t on me. What’s done is done, but I’d liked to have been a bit stronger. When we were kids, we were so hard on each other, and so determined to succeed that if anyone fell out of line they were quickly brought back in. That was quite a lot of pressure to live under.”

Unfortunately, Mel C. says it’s something that has stuck with her over the years. “Being bullied can really damage people and even when you are stronger and over it, it can still be in the background, undermining you.”

Our hearts are breaking! Luckily, there is one ray of light in the form of Mel’s new single, which deals with the issues at hand. The name of the track? “Version of Me.”

Check it out below.

Which of the ladies do you think was the culprit? Take your guess @BritandCo.