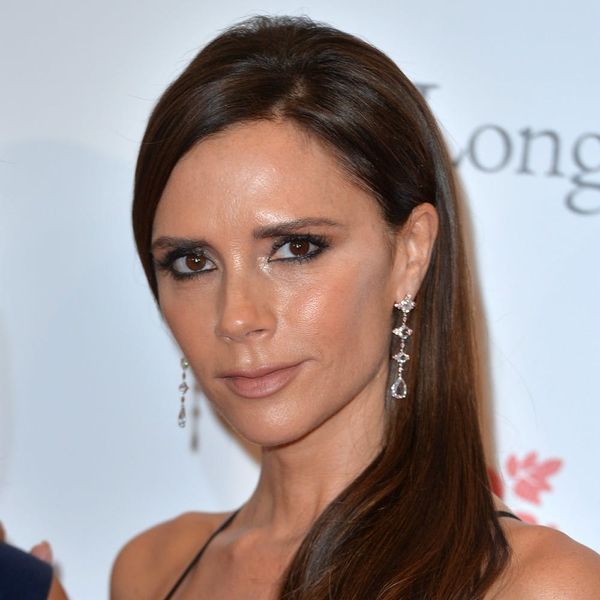 We’ve been counting down the minutes over here until 5 become 1 (again!) since late March, when we broke the news to you that a Spice Girls reunion tour was in the works for the group’s 20th anniversary. There’s just one MAJOR caveat: Victoria Beckham won’t be joining it *sad face emoji.*

According to the band’s former manager, Simon Fuller, Victoria has “never felt comfortable” being a Spice Girl — even back in the band’s heyday. During a recent speech at the British Innovation Awards (where he was named entrepreneur of the year), Fuller explained his comments. “It was great fun, she was in the world’s biggest group for two or three years, but she didn’t feel comfortable.”

Fuller went on to say that when she left the group, she wasn’t happy and didn’t want to do music anymore. Taking note of her true passions (duh, fashion), the music mogul suggested she pursue a career in design. And the rest, as they say, is history! “I’ve known Victoria since she was 18 and her passion has always been clothes,” Fuller said. “She was called Posh Spice because she always wore the best dresses and she knew everything about clothes.”

We meannnnn, it does kinda make sense, and while we’re super bummed that she probably won’t be jamming onstage to “Wannabe” anytime soon (sans a special appearance or two, perhaps? We’ll never fully give up hope!), we’re all for more Victoria by Victoria Beckham designs and H&M-style collabs. And we’re still beyond pumped for a reunion of the remaining four (three? Conflicting reports both have Mel C dropping out and beyond excited to be taking part in the tour — fingers crossed for the latter!) ladies do their ‘thang. Viva Forever, Spice Girls!

Are you shocked by this Spice Girls bombshell? Sound off to us over at @BritandCo!