“Titanic” Is Actually a Lesson About Fierce, Non-Conforming Women — and Privilege 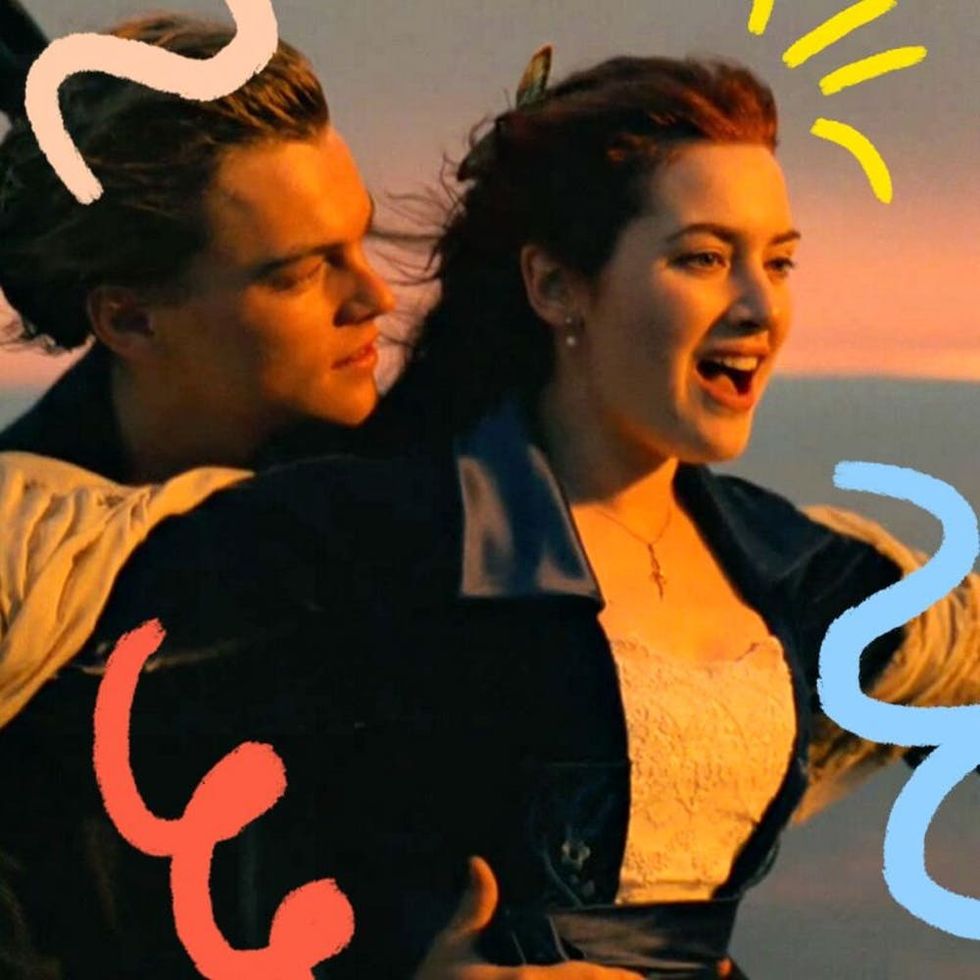 Upon its release in December 1997, Titanic was hailed for its special effects, its actors (Kate Winslet and the late Gloria Stuart both picked up Oscar nominations), and for a love story that rivaled Romeo and Juliet’s in terms of tragedy — not to mention an ongoing debate over whether there was room for two on the wardrobe door that floated Rose to safety. It spawned a song that topped the charts and soundtracked our school dances, and made lines like “You jump, I jump” seem like totally understandable things to say to someone you had a crush on. But a deeper look at Titanic gives us something much more: a movie about non-conforming women… and the privilege of being able to buck expectations.

To start, our protagonist Rose Dewitt-Bukator doesn’t fit in. At 17, she’s unhappy in her engagement, she feels trapped in a world she doesn’t relate to, and she prioritizes art over diamonds (which is controversial for 1912). She also says what she thinks: At breakfast one morning we see her liken the White Star Line’s managing director Bruce Ismay’s beliefs on size to Freudian theory, which follows Rose’s (super-rude) move of blowing forbidden cigarette smoke in her mother’s face. Even when Jack tries to talk her out of jumping ship, she makes time to sass him for his assumption that she doesn’t know what ice fishing is. So in short, Rose is a teen rebel — and the entire film hinges on that.

Which, when juxtaposed atop the way teens rebel now, seems pretty tame, I know. When I was a teen, my young rebellion hinged on drinking vodka coolers in fast food parking lots — or worse (and more illegally), taking friends’ parents’ cars out without licenses or permission. But rebellion wasn’t as extreme in 1912. And for a young woman like Rose, complacency was crucial to maintaining a now obsolete and fast-fading class system. Rose’s only job — as a 17-year-old girl — was to get married to a rich, established man which would help keep her family’s name atop society hierarchy. She was to obey her mother and her future husband, and to do so pleasantly and without protest. This meant that back-talk connoted disrespect, and dragging a man of status (like Ismay) over his “preoccupation with size” would’ve been appalling. In 1912, a woman’s place was in the sitting room, sitting silently. Especially since then many were being beaten and imprisoned for merely wanting to vote. To maintain one’s reputation as a pious, chaste, and dutiful woman was social currency.

And that means that when Rose risks her own reputation (by talking back, by ignoring the commands of her mother and fiance, and eventually by posing nude for a sketch and having sex in the back of a car with a man she’s not married to), she’s risking her entire future. She’s taking the chance that no man will have her and she’ll be left unmarried, shamed, and even destitute. So that means that to push back against social norms, familial obligations, and the place of women in her socioeconomic realm makes her not just a rebel, but a badass one.

And of course, without stakes that high, we wouldn’t have had much of a movie. Because Titanic, while a love story anchored in a disaster film, is one built entirely around Rose’s revelation that forging one’s own path is the key to freedom. Even if it means risking your future once you step off the boat.

Thankfully, she didn’t have to do it alone.

As much as Titanic zeroes in on non-conformity, it also romanticizes the freedom that comes with not being a concrete part of the one percent. Molly Brown is disliked by her first-class peers for being “new money,” but she’s established as a hero by us (and anyone awesome) for being loud, friendly, funny, and willing to lend Jack a suit so he can avoid embarrassment at dinner. Meanwhile, Jack is a drifter; an artist who wins his Titanic ticket in a poker hand with no concrete plans for the future. He’s whimsical, he’s romantic, he’s the premiere Manic Pixie Dream Boy. And then there’s everybody we meet in Third Class in the movie’s first act: They’re interesting, they’re dancing, they’re fighting, they’re human. They, from Rose’s perspective, are free from living in a way they don’t want to. They, arguably, are free.

But of course, we know they’re not. It’s Molly’s first-class privilege that secures her a spot in a lifeboat among the peers she’s consistently shafted by, while it’s their placement at the bottom of the ship’s class pyramid that leads to the deaths of literally every third class passenger we meet. Which means that non-conformity is a luxury and only a specific type will lead you to happiness. Non-conformity, if a choice, is exciting and daring. Non-conformity, if rooted in one’s placement outside first-class reality, isn’t non-conformity at all: It’s simply being alive.

After all, none of the third class passengers are actively pushing back against the existing system. Unlike first-class passengers (who used Titanic as a fancy means of transportation), they’ve used their life savings to set sail for a new life. Their parties aren’t a novelty; they’re the primary means of socializing. Like Jack, some may be “free” to draw for a living or to move from place to place, but that lifestyle is in exchange for stability, for regular meals, for shelter, for clean clothes. Their refusal to conform to the first-class status quo isn’t actually a refusal at all — it’s an inability. How can you rebel against a system that you were never a part of?

Arguably through Rose and Molly, we learn that while non-conformity is admirable, it’s a luxury available only to the privileged. Rose may have seen Jack as the 1912 incarnation of James Dean, but the only time he’s awarded the chance to push back against particular norms, they are Rose’s norms: He doesn’t fit in at the first-class dinner, and is gawked at and celebrated like an entertainer. So again, to Rose and her social circle, Jack is a rebel, actively going against what is normal and “right.” Jack, however, is just living his life.

Which means that when Rose breaks from her existing mold, she’s out for an entirely new reality. After being told not to see Jack again, she seeks him out on the ship deck and, after eventually having sex in a Rolls Royce (nice), the two decide to run away together. And, throughout the rest of the movie, she chooses him twice more — once, after he’s locked up for (fake) theft and again when she leaps from a lifeboat to endure the sinking by his side. And even after the sinking, she commits to her rebrand: She changes her name, she becomes an actor, and she embarks on a life she’s completely in charge of.

Plus, she doesn’t actually speak of the event that sparked this change until the day before she dies.

But that’s the thing: Rose had the choice; she had the privilege. To her, non-conformity meant the ability to flee and start anew. To everyone else, it came with risks. For Molly, it meant nearly being kicked out of a lifeboat. For the characters we met in third class, it meant being excluded from safety measures that would’ve heightened their chances for survival. And for Jack? It meant meeting a girl on a boat that didn’t even end up sharing that godforsaken wardrobe door.

What do you think of Titanic’s non-conformity angle? Tell us @BritandCo!

How To Actually Get Rest On A Mental Health Day