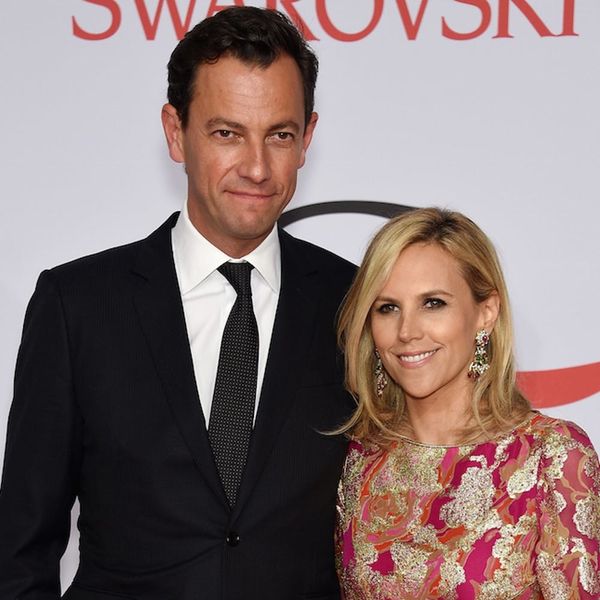 Tory Burch was just one of the deluge of celebrities announcing engagements on Instagram immediately following the holidays, though comparatively, the fashion designer’s reveal was rather understated — no Lenny Kravitz private beach parties like VS model Shanina Shaik or front-and-center shots of the ring against a sunset like Julia Stiles. Nope, just a simple shot of Tory sitting in a canoe (or something that floats, anyway) on a sandy shore wearing her Tory Sport athletic line. Oh, and just casually flaunting a GIGANTIC rock.

“Brilliant day in @torysport torysport.com #torysportcomingandgoing #torysportrunning #torysport #westindies,” she captioned the photo, making no mention of the ring that needed a whole other hand to hold it up. But not long after, the 49-year-old designer did post a photo of her and fiancé Pierre-Yves Roussel arm in arm with the caption, “We are tying the knot…#blessed #engaged #happynewyear.” The fashion powerhouse pair have been together for a year and a half.

Tory’s groom-to-be is the CEO of LVMH Fashion Group, which owns brands like Louis Vuitton and Marc Jacobs. Though no wedding plans have been made public yet, we half expect the wedding day to come and go on Instagram as subtly as the big announcement.

What do you think of Tory’s rock? Let us know on Twitter at @britandco!

(Photos via @toryburch and Dimitrios Kambouris/Getty)