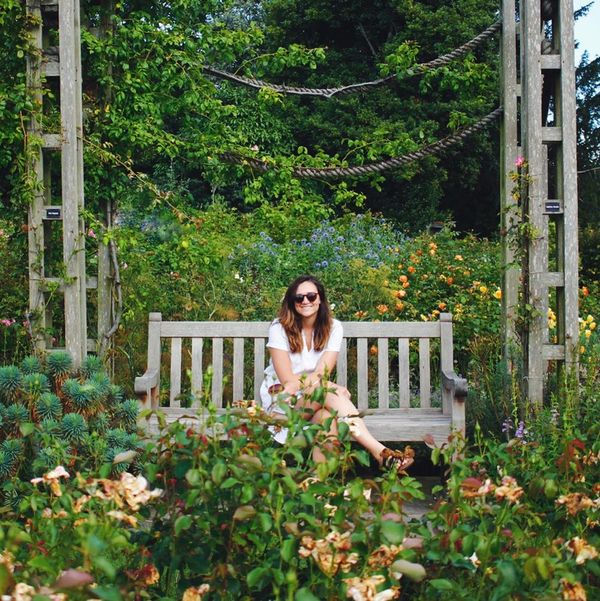 In the 1960s, plastic surgeon Maxwell Maltz conducted a study that would eventually be used to determine exactly how long habits take to break. The magic number: 21 days. Maltz was referring to the amount of time needed for plastic surgery patients to psychologically adjust to a new physical appearance, but the concept was quickly expanded to refer to any kind of mental sticking point, like behavior. Basically, three weeks is how long a set routine takes to redefine. That’s it. It seems almost too good to be true (and sometimes it is), but in my case, the 21-day theory actually worked.

Just after my 25th birthday, I was off to Europe, the UK and the Republic of Ireland. I had a goal to be in great shape before departing.

My reasons were many, but one of them was that I was likely going to meet up with an ex in one of those destinations. It had been a long time since we’d seen each other, so I felt it wouldn’t hurt to have a Khloe K-level revenge body (you know what I mean). Anyway, I tried to eat only kale for the six months leading up to the trip (I didn’t actually only eat kale, I’m just illustrating a point here. Don’t email me with your thoughts on my diet, please). I hit the gym multiple times a week. I thought I was doing all the right things. But for some reason, my shape never shifted. And before I knew it, my departure date arrived and I was hopping on a plane with a body identical to the one I’d been sporting six months prior.

As I made my way through San Francisco International Airport I began to remember that, for me, travel can often serve as a break from the toxic thoughts that often haunt me at home. When I leave my home base, much of the harsh judgment I regularly inflict on myself seems to get left behind. It’s a phenomenon that I’ve experienced a number of times in my adult life and, up until recently, have never been able to quite understand why. I had simply accepted it as one of the many wonders associated with dropping in on somewhere new.

It was always fleeting, though. Like Cinderella’s slipper, the clock struck midnight and my poor, orphaned self-esteem would reemerge as soon as I touched back down at my home airport.

But after I returned from that particular summer trip abroad the relief stayed with me even after I readjusted back into my day-to-day. The temporary escape from my inner critic didn’t feel so temporary this time. Three weeks away and I was seemingly cured. Could Dr. Maltz’s 21-day theory be right after all? Possibly so, and I think traveling solo had something to do with it.

What the hell does solo travel actually have to do with finally making peace with my body and accepting it for what it is, you ask? I have a few inklings.

First, pure distraction. This was my first major trip alone. I was the only one planning it. If I missed a plane, train or automobile, that was on me. I was traveling to six different cities in three weeks’ time. Between the endless different types of transport and various accommodations in each place, it was a lot to keep straight.

A person only has so much brain power. And for the time being, much of mine was being devoted to making sure I didn’t end up stranded and lost because I missed my train stop in Vienna. (Something I — for two solid minutes — actually thought I had done.) The brain space that would normally be devoted to nitpicking my appearance was temporarily transferred over to the “make sure Cortney doesn’t die stranded and alone in Europe” department. When you neglect something long enough it begins to die, and I was ignoring self-depreciation. I was busy touring castles, grabbing beers with new German friends and biking along the canals of Hackney.

In a much more practical sense, traveling often results in me being about 200 percent times more active than I am when I’m working my normal office job. Over the course of the three weeks I was away, I walked a total of 160 miles. That’s about seven miles a day. At home, I could easily walk only about a mile or so over the course of the day. This newly adapted lifestyle was incredibly active and in turn I generally felt better.

On a deeper level, though, the improved relationship with my self-esteem stems from a replenished sense of self-worth that solo travel can often conquer up. When you’re at Fisherman’s Bastion in Budapest looking out over the city and you realize it’s you and you alone who got you there, there’s a profound sense of pride that accompanies that revelation. When you make all your trains on time and find that hidden gem of a cafe you always dreamed of finding on the other end of the world, that’s all you.

Traveling alone forces you to enjoy the company of yourself. While you might make some friends on a free tour or at the hostel, most of the time it’s you hanging with you. That means dinners alone. Evenings spent wandering solo. Getting lost and taking in those majestic European views alongside strangers. When you start treating yourself as a trusted companion rather than a natural-born enemy, that’s when things begin to change for the better.

And so when all these realizations begin to click on the inside, that will undoubtedly transcend outward. Suddenly those jiggly thighs and flabby stomach are insignificant. You’re an adventurer doing great things. Who has time for worries like that?

I am not above moments of weakness, like in a dressing room when something is supposed to fit and doesn’t, or at the beach with a big group of friends. But I will say that those three weeks served as an invaluable sort of therapy. Those three weeks spent abroad and alone have proven to me once and for all that my body is beautiful, no matter what size it is. But more importantly, it has helped me understand that I am more than my body. Is 21 days the secret number for mending a rocky relationship with self-esteem? I can’t tell you that for certain. But it’s a damn good start.

How has travel changed your self-esteem for the better? Share your story with us on Twitter @BritandCo.

Cortney Clift
Cortney is the senior writer and special projects editor at Brit + Co. She typically covers topics related to women's issues, politics, and lifestyle. When she's not buried behind her computer you'll find her exploring New York City or planning her next big adventure.
Body Positive
Health
Body Positive
More From Health