Here’s the Only Powerful Women Playlist You Need 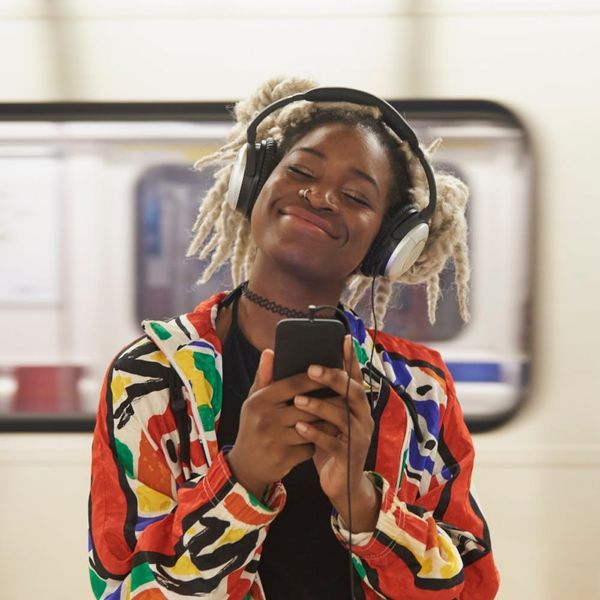 As part of their Turning the Tables project, NPR recently published “The 200 Greatest Songs by 21st Century Women+,” a follow-up to last year’s wildly popular “The 150 Greatest Albums Made by Women.” We’ve spent lots of time poring over both, reveling in some sweet nostalgia (Kelis’s milkshake video, anyone?) as we debated the rankings. We had the opportunity to chat with Ann Powers, NPR Music’s critic and the brains behind both projects, who thinks this is exactly why people have responded so well to the lists (even if it’s to her slight chagrin). “I mean, who cares if Solange is one spot below Janelle Monáe?” she offers on one hand, but the fact is that “people gravitate toward these distinctions. They love to argue about them and come up with their own versions. And in that list-making process, they make important arguments about aesthetics, social impact, and how legacies endure.”

Powers has been obsessed with music since she was a kid: “[I] came to popular music the way many young girls do — through male teen idols. I loved the Beatles, and then it was all 1970s-style Andy Gibb and Shaun Cassidy. But in high school I discovered punk and New Wave, and, with those genres, the women who changed my way of thinking: Kate Bush, Deborah Harry of Blondie, Chrissie Hynde of the Pretenders. That was my troika: Each had brains, style, and substance and showed me in different ways how to be a woman who is independent, defiant of conventional gender roles, and sexy in the most powerful way.”

For this list, Powers pulled together a panel of about 70 women from within the NPR building and partner stations, as well as a select group of music critics from outside NPR. “This era is a golden age for women and nonbinary people writing about music,” she says, “and we wanted the voices of some of those brilliant voices to be part of the project.” She took nominations from these participants — more than 500 songs formed the initial ballot — and then had a vote. “After that, we sought input from genre experts and others with special insight to make sure the list would be balanced and highly eclectic,” Powers explains.

Brit + Co: Can you tell us what the Turning the Tables series is all about? What does this project aim to do for women in music?

Ann Powers: The conversation that became Turning the Tables began in 2015, when Jill Sternheimer and I were in New Orleans at a festival called the Ponderosa Stomp. Jill is the Director of Public Programs at Lincoln Center and my good friend. We’d just seen the great guitarist Barbara Lynn play. She’s in her seventies. Jill and I start talking about how women like Lynn often fall through the historical cracks, and how even really famous women, like Janis Joplin for example, are rarely honored in the way male stars are. We wondered if there was some kind of program we could do to put women at the center of music history. Eventually that became the first list: the 150 greatest albums by women of the recording era. And that was just far more impactful than we expected. People started making their own lists, of things we’d left out, focused on particular genres or regions of the world. The conversation just kept going, and now it seems like it’s never going to stop.

B+C: On a similar note, can you talk to us about the impetus for compiling “The 200 Greatest Songs by 21st Century Women+” specifically?

AP: Our first list sought to correct the historical record and help people imagine a different way of approaching music history. The second is focused on history in the making. New artists inevitably suffered on the first list; I think it’s hard to assess an artist who’s emerged in the 21st century on the same list where titans like Aretha Franklin and Nina Simone dominate. (Exception: Beyoncé.) We wanted to give them their due while also challenging the way current women musicians are marginalized in so many places, from summer festival bills to Spotify playlists. Also, this year in culture has been so powerfully shaped by young women like Emma González, Rupi Kaur, and Issa Rae — we thought it would be great to celebrate younger voices. And it turned out that some women over 40 made the list too!

B+C: Did you use certain criteria, guidelines, or themes to help shape the list?

AP: One thing that has confused people is our definition of “21st Century Women.” I’ll admit, it’s imperfect. We wanted to honor the artists who are defining this musical moment and, honestly, younger women, who often don’t enjoy serious critical assessment in their prime. At the same time, we knew there were older artists, like Sharon Jones, who made major contributions with careers that really gelled in the 2000s. So early on in the process, we shifted from an “under 40” model to one based on album release dates. Also, we have included transgender and nonbinary artists on our list. The full range of the gender spectrum is becoming more visible and audible in the mainstream in the 21st century; it’s one of the most exciting and encouraging things about culture right now. We wanted to celebrate that.

B+C: How did your own perceptions change as you compiled the list?

AP: It’s funny — before we started doing Turning the Tables, I always hated making lists. I found them utterly inadequate in terms of capturing my experience of music, which is fluid, emotional, and open-hearted. But once I really reckoned with the power of lists to shape not only public perception in the moment, but history, I got into it. It was powerful to realize that making these lists has led people to discover great artists they’d never heard before, and to reconsider the habitual hierarchies in their heads defining musical greatness.

B+C: What was the most surprising, hopeful, interesting, or exciting theme you saw emerge once the list was done?

AP: The Top 10 is 85 percent women of color. “The Story” by Brandi Carlile, an out lesbian, is at number nine. The queer feminist anthem “F*** the Pain Away” by Peaches is at number 10. This list is not your daddy’s bulwark of classic rock clichés. The diversity and progressive cultural attitude it represents inspire me.

B+C: What do you hope the 200 list adds to the conversations currently revolving around the #MeToo movement, the gender pay gap, and feminism in general?

AP: I strongly believe that the term “equality” needs to be taken literally — the music industry, in particular, won’t change until women claim equal spaces in all of its avenues, from the recording studio to the touring world. And until we better understand music history, acknowledging the women who have been central, who have influenced men as well as other women, and who have shaped and continue to shape the sounds of our culture. Our work with Turning the Tables makes a small contribution to the process of making this possible.

Did you favorite woman artist make the list? Tweet us @BritandCo to tell us what you think of the panel’s picks!