Janelle Monáe Comes Out As Pansexual 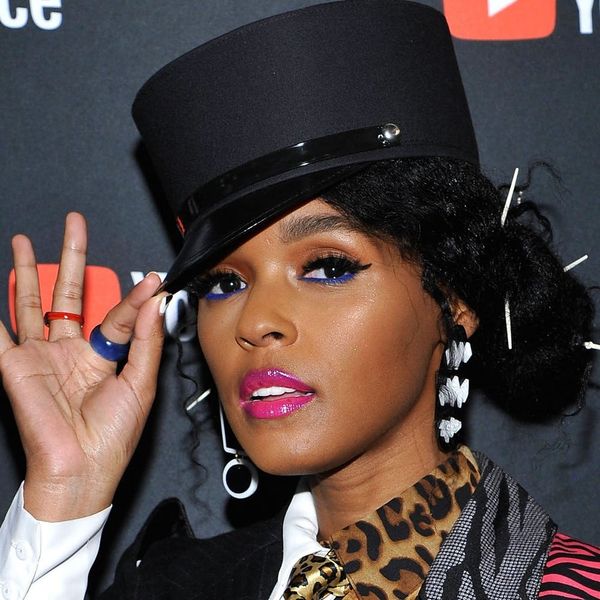 If you had asked Janelle Monáe about her sexuality back in 2010, she she might have told you that she only had eyes for operating systems. “The lesbian community has tried to claim me,” she told Rolling Stone at the time. “But I only date Androids. Nothing like an Android — they don’t cheat on you.”

She had a very different answer for her new May cover interview with the same publication, however, addressing her sexuality directly once and for all.

I am thankful to all my musical heroes who graced this cover before me . Thank you @rollingstone for recognizing this lil’ #DirtyComputer . -JM 🤖💗🙏🏿 Article in bio ! •••••• Hair: Nikki Nelms (@NikkiNelms) Makeup: Jessica Smalls (@JessicaSmalls) Styling: Alexandra Mandelkorn (@mandelkorn) and me Photo: Matt Jones (@theonlymattjones)

“Being a queer black woman in America, someone who has been in relationships with both men and women — I consider myself to be a free a** mother*cker,” she told the outlet.

Though the Hidden Figures star says she initially identified as bisexual, she has now adopted the term pansexual, an inclusive term under the bisexual umbrella that is “not limited in sexual choice with regard to biological sex, gender, or gender identity.” “…Later, when I read about pansexuality, I was like, ‘Oh, these are things that I identify with too,” she said.

Though she has never before spoken about the issue directly, the six-time Grammy nominee says she’s made references to her sexual identity in her music. “If you listen to my albums, it’s there,” she quipped, citing “Mushrooms & Roses” and “Q.U.E.E.N.,” specifically.

It’s certainly more present than ever in her newest work on Dirty Computer. “A lot of this album is a reaction to the sting of what it means to hear people in my family say, ‘All gay people are going to hell.’”

The Cover Girl model says she doesn’t want anyone in the LGBTQ+ community to feel that same sting. “I want young girls, young boys, nonbinary, gay, straight, queer people who are having a hard time dealing with their sexuality, dealing with feeling ostracized or bullied for their unique selves, to know that I see you,” she said. “This album is for you. Be proud.”

What do you think of Janelle’s revelation? Discuss over @BritandCo.

Nicole Briese
Nicole is the weekend editor for Brit + Co who loves bringing you all the latest buzz. When she's not busy typing away into the wee hours, you can usually find her canoodling with her fur babies, rooting around in a bookstore, or rocking out at a concert of some sort (Guns N' Roses forever!). Check out all her latest musings and past work at nicolebjean.com.
Celebrities
Gender Issues
Celebrities Gender