Aretha Franklin Is a Musical Legend, But Let’s Talk About How She’s Also a Civil Rights Hero 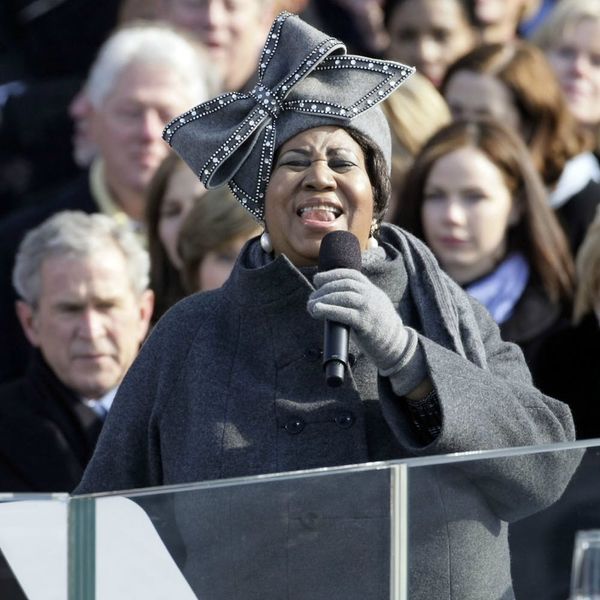 When news broke Thursday morning that the “Queen of Soul” Aretha Franklin had died, the outpouring of love for the music icon was instant. While her voice and musical career are unsurpassed, many civil rights and feminist activists will also remember how her dedication to social equality helped propel the movements forward.

Franklin was only 24 when she recorded the Otis Redding song, “Respect” in 1967, slightly altering the lyrics to better reflect her mood: That of a Black woman demanding respect from not only her partner, but from society at large. The song became an instant classic and an anthem for both the civil rights movement and a growing feminist movement. But beyond recording the empowerment anthem of the 1960s, Franklin’s lifelong contributions to racial equality can’t be forgotten.

As a very young woman 1963, Franklin led a freedom march in her home city, Detroit, MI, alongside Dr. Martin Luther King — a precursor to King’s “I Have a Dream” speech at the March on Washington. Her father, Reverend C.L. Franklin, was a pioneering civil rights activist and friend to Dr. King, and within a year, the teen was touring with Dr. King and singing hymns to the crowds that had gathered to hear Dr. King’s sermons. She refused to shy away from standing up for her political beliefs, even when doing so was likely considered risky for her then-nascent career.

“As the Civil Rights movement led to the Black Power era of the 1960s and 1970s, and Black pride emerged as a response to racism and a white-dominated society, and an affirmation of African heritage and culture, Aretha was there,” Professor of African American studies and theater Daphne Brooks told NBC News. Franklin even sang at Dr. Martin Luther King’s funeral, which she would also do for Rosa Parks and Coretta Scott King.

As Franklin’s star rose, so did her commitment to civil rights. “She used her voice to deliver music for social justice,” said lifelong friend Rev. Jesse Jackson. “She was a fighter who used her art as a platform.”

But beyond hit records, Franklin used her fame and the spoils that came with it to support those within the movement who needed it. She helped raise hundreds of thousands of dollars for the cause and in 1970 offered to bail out activist Angela Davis, who had been arrested when a shootout following a failed break-out attempt in a courthouse resulted in several deaths.

50 years after the first civil rights movement, many may see a renewed urgency to Franklin’s music, which preaches respect for women, equality among all Americans, and love for everyone.

“We owe Ms. Aretha Franklin our highest respect for being the voice of our most meaningful form of human intelligence: love,” Detroit area artist and activist John Sims told NBC. “To honor her is to follow her many messages and examples of love, grace, and community.”

From Your Site Articles
Kat Armstrong
Kat has been a writer, social media maven and mom for longer than she's willing to admit. She's also spent time in front of and behind the camera, interviewing celebs, politicians and acting as a producer for fashion and artistic photography shoots. When she isn't writing for various orgs and publications, she's hanging with her kids, husband and French Bulldog, Peter, in Toronto, Canada.
Activism
Empowerment
Activism Feminism Music Politics