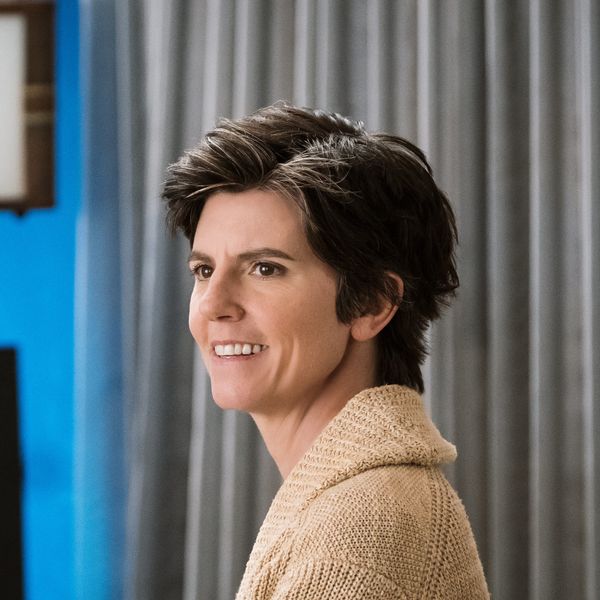 Although Amazon launched its streaming service all the way back in 2006, it only started releasing original content on Amazon Prime Video in 2013 (the same year that Netflix released its first original series, House of Cards). The online retailer has since gone on to have some bonafide hits — including Emmy Awards darling The Marvelous Mrs. Maisel and the recent critically acclaimed Homecoming, starring Julia Roberts — but, perhaps due to its more curatorial approach, still remains somewhat under-the-radar. Click through for some of the best Amazon Prime Video originals that you might have missed. (Photos via Amazon Prime Video)

The Man in the High Castle: Philip K. Dick's prestige drama depicts an alternate version of US history in the 1960s, showing what life would have been like if Nazi Germany and Japan had won WWII. So far, its three seasons have followed a man from New York (now under Germany's control), a San Francisco couple who are split apart in Japan-controlled San Francisco, a man who masterfully conveys what causes one to convert to a Nazi, and more. The show has been renewed for a fourth season, and it's a must-watch before then. (Photo via Liane Hentscher/Amazon Prime Video)

Bosch: Titus Welliver stars as LAPD homicide detective Harry Bosch in this series based on author Michael Connelly's beloved novels. The show is much more stark than your standard crime procedural — music cues and dramatic sound effects are basically non-existent, allowing the subtleties of the grueling, bleak, and often thankless nature of this line of work to shine. Catch up on all four seasons before season 5 premieres in 2019. (Photo via Amazon Studios)

One Mississippi: Comedian Tig Notaro turned her career-defining comedy set about her cancer diagnosis into a series based on the events that led to the darkly hilarious stand-up routine. It's a heartbreaking series, but it's also honest, genuine, warm, and empathetic — exactly the kind of TV show we're always happy to see more of. The show was canceled after just two seasons but is an enjoyable watch nonetheless. (Photo via Amazon Prime Video)

The Last Tycoon: Set in 1930s Hollywood, The Last Tycoon is a luxuriously styled adaptation of the F. Scott Fitzgerald novel of the same name. The romantic drama stars Matt Bomer, Kelsey Grammer, and Lily Collins, and chronicles the ongoing power struggles between Bomer's revered producer and the old-school studio head played by Grammer. Alas, it was canceled after only one season — but that one season is worth your time. (Photo via Adam Rose/Amazon Prime Video)

Forever: In this quirky dramedy, former SNL costars Maya Rudolph and Fred Armisen play June and Oscar, a married couple who have fallen into a rather staid life of routine. But then something unpredictable happens to change everything and make them question the true meaning of "forever." (Not much else can be said without spoiling some major twists and turns.) The show's strangeness takes some time to settle into, but it's worth it. (Photo via Colleen Hayes/Amazon Prime Video)

Tom Clancy's Jack Ryan: John Krasinski joined the ranks of actors such as Alec Baldwin, Ben Affleck, and Chris Pine to become the latest iteration of author Tom Clancy's famous literary character. Season 1 was a big-budget affair that didn't make much of a lasting splash — possibly because its deviation from the books was a turn-off to longtime fans — but for those looking for an entry point, the book-agnostic material is an easy way in, as it depicts how CIA agent Ryan becomes an active operant. If you skipped it when it was first released, check out season 1 now before it returns for season 2. (Photo via Amazon Prime Video)

Mozart In the Jungle: Inspired by oboist Blair Tindall's 2005 memoir about her professional music career in New York, this better-than-it-sounds show stars Lola Kirke and the scene-stealing Gael García Bernal, as well as familiar faces including Dermot Mulroney, Jason Schwartzman, comedian John Hodgman, and many more over its four-season run. Sadly, the Emmy and Golden Globe-winning dramedy was canceled in 2018, but it's still available for your recommended viewing (and listening) pleasure. (Photo via Sarah Shatz/Amazon Prime Video)

Patriot: This dark comedy-drama stars Michael Dorman as an intelligence officer made to go undercover as an industrial engineer in order to spy on Iran's nuclear program. As you can imagine, the assignment isn't without its hiccups and risks, especially as Dorman's John Tavner ventures deeper into the dangerous world. The show strikes a good balance between intensity and levity, though, so it never feels too heavy (or too fluffy). (Photo via Jessica Forde/Amazon Prime Video)