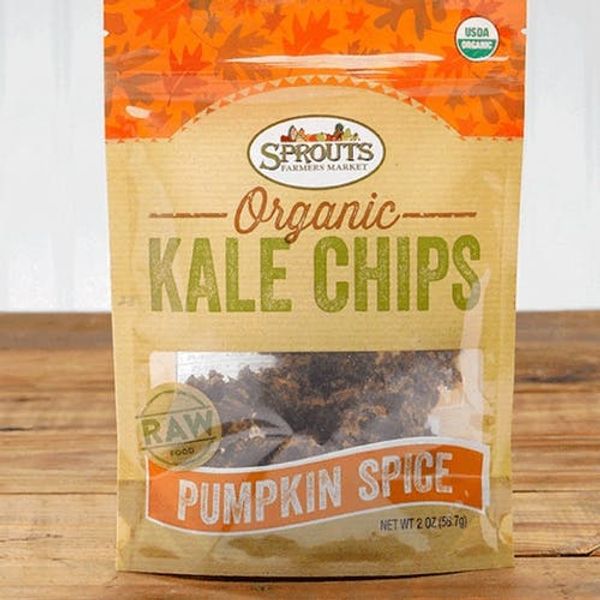 There’s nothing we love more than a good PSL. However, there are times when it seems like the pumpkin spice trend may have gone, well, a little too far. Pumpkin pie ice cream? Sign us up! Pumpkin-based dessert bars? Absolutely! But pumpkin spice-flavored gum?? Maybe not so much. Here’s your definitive guide to the 10 weirdest pumpkin creations that you should (probably) stay away from, from the simply questionable to the absolute WORST.

10. Pumpkin Spice Candy Corn: Look, there’s candy corn, and there’s pumpkin spice. Both are wonderful flavors for fall. Which begs the question: Why combine them? (Photo via Mike Mozart)

9. Pumpkin Spice Gum: Listen, when we chew on gum, our goal is to make our mouths feel fresh and clean. Mint, bubblegum and cinnamon are palate-cleansing and ultimately appropo for the job. But pumpkin spice? The idea might not be HORRIBLE, but it’s certainly not great. (Photo via Mike Mozart)

7. Pumpkin Spice Little Debbie Rolls: Little Debbie rolls are ooey and gooey with a chocolaty taste and cream filling, but are they a good fit for pumpkin spice flavoring? The verdict’s out, but we can’t help but suspect a really big *no.* (Photo via Mike Mozart)

6. Pumpkin Spice Peeps: Peeps are strange little things, but there’s no doubt that many of us, for some reason, absolutely LOVE them. However, we’re still pretty unsure about the idea of dipping them in white fudge and adding pumpkin spice on top… (Photo via Mike Mozart)

4. Pumpkin Spice Pringles: Up until now, these foods were at the VERY LEAST sort of dessert-like, which made them somewhat conducive to a pumpkin spice takeover. But potato chips? That’s just weird. (Photo via Joel Kramer)

3. Pumpkin Pie Kettle Chips: Pringles wasn’t the only potato chip brand to come up with a pumpkin-inspired product. These kettle chips are just as weird — perhaps even more so. (Photo via theimpulsivebuy)

2. Pumpkin Spice Sparkling Water: La Croix is trendier than ever, but we love it for its refreshment factor. Think citrusy, light flavors like grapefruit, lemon, lime and maybe coconut. NOT pumpkin spice. (Photo via theimpulsivebuy)

1. Pumpkin Spice Bistro Bowl: Yep… you read that right. Instead of just having a PSL as a treat or snack, you can now make an ENTIRE MEAL out of pumpkin spice with this bistro bowl. Now who wouldn’t want that? (Photo via theimpulsivebuy)

Maggie McCracken
Maggie McCracken is a freelance writer, blogger and aspiring digital nomad. She writes primarily about food, travel, yoga and healthy living, and she has a background in health and science journalism. You can read more of her work on her lifestyle and travel blog, The Olive Branch.
Food Recipes Roundups
Recipes
Food Recipes Roundups Pumpkin Snacks
The Conversation
More From Recipes