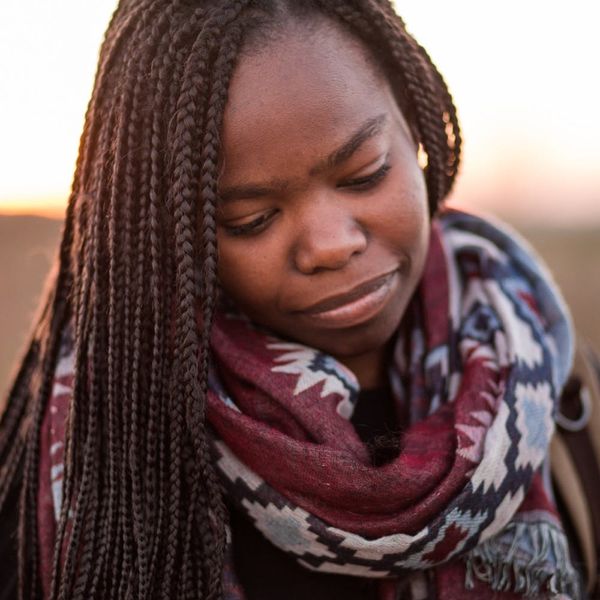 Sometimes it’s that one song that reminds you of your ex. Sometimes it’s a cute dog video. Sometimes it’s a rom-com you’ve seen a million times but that one line still gets you. Whatever your personal trigger is, one moment you can be perfectly composed, and the next you’re a wet-faced red-eyed sobbing mess of tears. But once the waterworks have dried up, it’s not uncommon to feel weirdly relieved, like you’ve just shaken off a weight you didn’t know you were carrying around. So why do humans (some more than others) come with this built-in way to express emotions? Is crying good for us? Is not crying bad for us? You bring the tissues; we’ll bring the deets.

Why Do We Cry?

Crying is one of the first things we know how to do, but of all the skills we could have evolved, what’s the point in being able to leak water from our eyes? Well, to start with, there are a few different types of tears, explains Dr. Brian Cassmassi, MD, a psychiatrist in Los Angeles. “The lacrimal glands produce tears known as basal tears primarily to keep the cornea (the surface of the eye) well lubricated. These glands also reflexively produce more tears when an irritant affects the eye, like dust or onion vapors, in order to flood it out. Emotional tears are triggered when the limbic portion of the brain reacts to a major emotional shift.” Interestingly, the tears you cry in response to an emotion are physiologically different than those tears your body produces to promote good eye health. “Unlike basal or reflex tears, emotional tears contain several hormones (prolactin, adrenocorticotropic hormone) and a natural pain-relieving endorphin (leu-enkephalin).”

But why would feeling some type of way bring on tears? Ginger Houghton, a therapist, licensed social worker, and owner of Bright Spot Counseling, suggests that part of it is showing other people that we’re upset and need support. “Studies show that tears help us pick up more information about how someone is feeling and read their mood more accurately,” she shares. “For adults, tears can help emphasize to the person you’re trying to communicate with the importance of the topic that’s making you respond this way. Tear production also helps lower the levels of cortisol when we are in a high-stress situation and activates the parasympathetic nervous system: That’s the system in your body that slows your heart rate and helps you rest, among other things.” So crying is basically your body’s signal to others and itself that your emotions are coming out in a big way and you need some soothing.

Why Does Crying Feel So Good?

It seems counterintuitive that an act associated with sadness should also be cathartic, but when you’re going through something difficult, letting yourself cry it out can ultimately bring a feeling of calm. Dr. Cassmassi explains that this is where those hormones we mentioned earlier potentially come into play. “Emotional tears contain several hormones that can adjust mood, and they contain the natural pain-relieving endorphin leu-enkephalin. This hormonal and chemical pain relief may play a part in that cathartic feeling.” It might also be similar to that relaxed tiredness you get after a workout: “The act of crying takes energy, and once the crying spell is over, you might feel relief caused by the exertion.” And, in some cases, we’ve subconsciously associated crying with something that brings us relief… and so it does. “Sometimes it’s just the learned pattern that crying equals catharsis, which leads one to expect some form of emotional relief once the tears start flowing.”

Don’t discount that social element we mentioned, either. Seeing someone in tears can break down barriers quickly and promote warm feelings between you. “Behavioral scientists view crying in a societal aspect: Consoling the person who is crying becomes a chance to bond,” Dr. Cassmassi elaborates. “This renewed human connection leads to catharsis.” However, if you don’t have anyone around you when you catch those crying feels, you might end up feeling worse afterward. “It really depends on the context,” Houghton cautions. “Someone who had support from friends or family, or feels they gained valuable insight from shedding tears, often reports improvements in mood and benefits. On the other hand, if someone felt embarrassed or more alone while crying, they are more likely to report that the tears had a negative impact on their mood.” So finding a shoulder to cry on isn’t just a phrase — it’s a legit recommendation to make sure your tears leave you feeling better, not worse.

Is Refusing to Cry Bad for You?

Of course, not everyone is reaching for the tissues every time the news comes on. And we hate to live up to clichés, but generally speaking, Houghton says, women cry more than men. “I’d love to dismiss this as condescending nonsense, but research shows that women are more likely to cry than men. It may be due to men’s testosterone, which may inhibit tears, and women’s higher level of prolactin, which may increase tears.” But it’s not all hormones, she adds. “Culture, meaning how accepting a society is of this type of emotional display, and attachment style, meaning how an individual connects to their partner in a relationship, play large roles too. Cultural ideas and norms may encourage or hinder emotional expression through tears. And attachment researchers have found that those who avoid getting close to others cry less often than those who are secure in their relationships, while individuals who are insecurely attached, who may seem clingy or fearful, typically cry the most, often in a way that may cause problems.”

Not allowing yourself to cry even when you want to could cause long-term issues. “Repression of emotions can be problematic,” says Dr. Cassmassi. “In psychological terms, repression is an ‘immature defense mechanism’; if a person does not allow themselves to fully process an emotional trigger, it will continue to bother their unconscious and produce depression and stress. Crying allows one to fully experience the emotion and then come to a better understanding of the thing that caused it.” Just because you’re the only one not sobbing through This Is Us doesn’t necessarily mean that you’re emotionally damaged, though. “I wouldn’t say that a person who never cries at movies is emotionally repressed, as opposed to someone who never cries even after a heavy loss,” Dr. Cassmassi reassures us.

That said, if you’re holding back, try giving in to the tears. “While not being able to cry may not be harmful to you, there are a few health benefits to a good cry,” encourages Houghton. “For example, tears created in response to stress can help lower cortisol levels and release toxins. Other studies have shown that crying helps individuals self-soothe. If someone is not able to cry, they may suffer more physical complaints, such as a headache or stomachache from pushing down or ignoring their emotions.” So if the tears just aren’t coming, don’t worry; but if they are, get the tissues, phone a friend, and let it out.

Don’t hold it in: Tell us what makes you tear up @BritandCo.

Natasha Lavender
Natasha Lavender is a Londoner living in Chicago, and is fluent in British and American. She writes about pop culture, health, lifestyle, feminism, fashion, and interviews with interesting people, and has previously worked for Good Housekeeping magazine, Buzzfeed, and Hello Giggles. She loves podcasts, running, reading, dogs and cats equally, and peanut butter anything.
Healthy Living
Health
Healthy Living Mental Health Self Care
More From Health