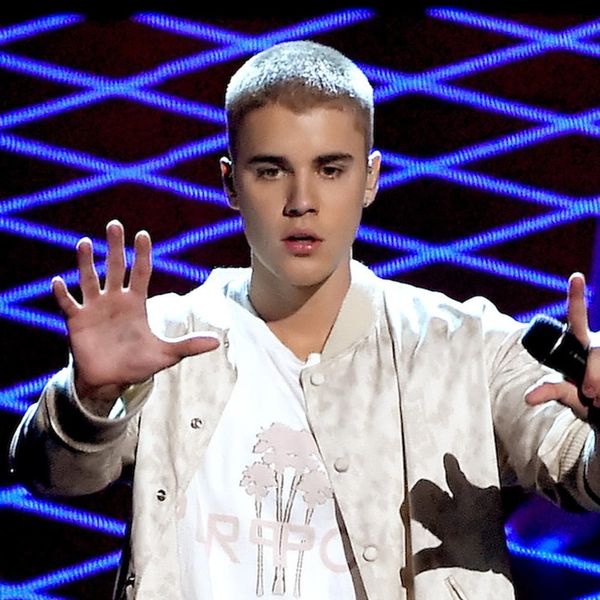 In a year that has seen Justin Bieber cancel meet-and-greets because he finds them too draining, stop taking photos with fans because they make him feel like a “zoo animal” and delete his Instagram account because people wouldn’t stop bullying his then-gf Sofia Richie, Justin has taken yet another jab at his fans, and this time, it might be too late to say sorry. (Sorry.)

This past weekend at a show in Manchester, England, Justin was not feeling the crowd’s loud cheering (and sometimes booing) when he was trying to speak in between songs. “I appreciate all the support, I appreciate love, I appreciate the kind things. But the screaming in these breaks has got to stop. Please and thank you,” he said, according to Us Weekly. “I don’t think it’s necessary when I’m trying to say something and you guys are screaming. I feel like I wanna connect with you.”

As the show continued and and so did the screaming, the Biebs once again said he just wanted to connect. “The point of the no screaming thing is that when I’m looking at you in the eyes, you know that we’re actually having a moment and having a connection,” he said. It didn’t work, though, and Bieber literally dropped the mic and stormed off stage.

The moment @justinbieber dropped-mic and stormed offstage in #Manchester 😦 pic.twitter.com/xAY0GQUMRV

Bieber did eventually return to finish the show, but the damage might already be done. Last week, Justin shared a similar sentiment with a Birmingham crowd, telling them they were being “obnoxious” when they screamed as he was trying to speak.

At a concert in Toronto earlier this year, Justin was described as fitful and apathetic, and even saw him lay down on the stage and complain about not liking getting out of bed in the morning, saying, “I’m a seven-snooze-button kinda guy.” If you’re trying to tell us you’re over it, we hear you loud and clear.

Justin reserves the right to decline photographs and try to retain an ounce of privacy, absolutely. But demanding that crowds — who are not there for free by any means — act a very particular way when all they’re doing is cheering too loud might be a step too far for Bieber to recover from. If this was supposed to be the “apology” tour, we’re almost afraid to see what’s next.

What do you think of Justin’s recent behavior? Let us know over @BritandCo.