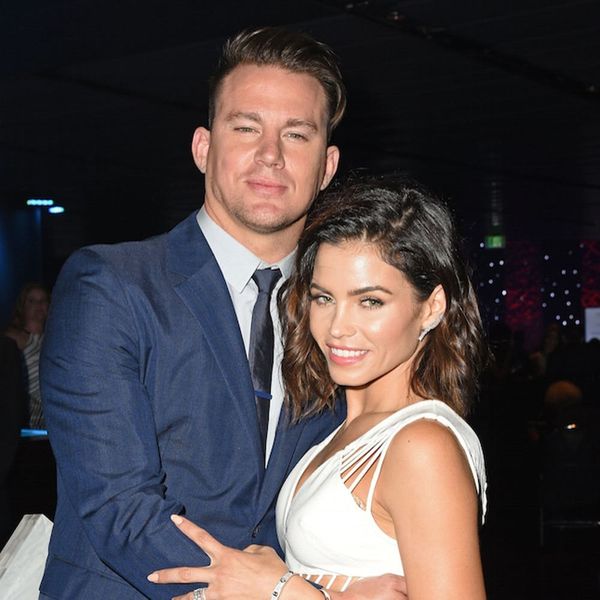 1. Channing Tatum and wife Jenna Dewan Tatum are teaming up to produce a new dance competition show. That’s right, the pair, who have already proved to be 1.) total relationship and family goals, 2.) killer Lip Sync Battle co-competitors and 3.) incredible dancers are the perfect storm for the as yet untitled “fresh take on the dance competition genre” show for NBC. Jenna will be a judge and mentor, and Channing, while not yet confirmed to actually appear, will executive produce the show through his company Free Association. Even though there’s no date set for the show to start, we totally already have this in our calendar. What? It’s Magic. (Mike.) (h/t EW, photo via @jennaldewan)

2. Is Justin Bieber a secret introvert? The reinvented pop star announced on Instagram that he has canceled all future meet-and-greets because of how draining they are. “I enjoy meeting such incredible people but I end up feeling so drained and filled with so much of other people’s spiritual energy that I end up so drained and unhappy,” he said in the caption. “I feel I would rather give you guys the show and my albums as promised. Can’t tell you how sorry I am, and wish it wasn’t so hard on me. And I want to stay in the healthy mindset I’m in to give you the best show you have ever seen.” Look man, we love being social, but we also love coming home and flopping on the couch more, so we are in the exact same situation and totally get it. The meet-and-greets with fans run $2,000, but any previously purchased tickets will be refunded. (via @justinbieber)

3. STOP EVERYTHING. WE HAVE BEEN SINGING “MMMBOP” WRONG THIS WHOLE TIME. First of all, how has it been 20 years since the three-headed blonded pop dream band Hanson arrived with “MMMBop”? That must be a counting mistake. And second of all, how have we been singing the song with the catchiest, simplest chorus ever wrong? In a new interview with Vulture, when asked what the best cover they’ve ever heard of the song is, the three Hanson brothers reveal they haven’t really heard one. “You know why? People can’t sing the chorus right,” guitarist and singer Isaac says. “Most of the time they syncopate it wrong.” Okay, well, we don’t even know what that means, guys, so we’ll just go ahead and keep this one in our karaoke back pocket. (h/t Vulture)

4. Chloë Grace Moretz says she turned down an invitation to join Taylor Swift’s squad. Look, we didn’t like to see Chloë beefing with Kim K, and we don’t want to see her beef with Taytay, either. In a new Complex cover story, Chloë comes this close to dishing some true feelings on Taylor, but stops just short, instead choosing to attack the notion of the squad. “They appropriate exclusivity. They’re cliques!” she said, reportedly with exasperation. When the follow up was a question on whether she was indeed asked to join the squad, all she said was yes. Then nothing more. So many questions left unanswered! Like, does Taylor send a text invite? Snail mail? Is she still on that Evite tip? Or does she make elaborate Facebook events? We may never know. (h/t Complex, photo via @chloegmoretz)

5. Does your pet goldfish need braces? You’re in luck. First there was the adorable dog who got braces. And now… a goldfish!? This might be the very definition of “I can’t even.” The fish, named Mr. Hot Wing (TOLD YOU WE COULDN’T EVEN), was born without a lower jaw bone, and after struggling to eat and breathe properly now has his own “fish braces” thanks to a Pennsylvania veterinarian. The brace to keep the lil’ guy’s mouth open was made from a plastic credit card. You look better than ever, Mr. Hot Wing. (h/t ABC)

6. Quote of the day: “It’s OK to be a late bloomer as long as you don’t miss the flower show.” — Jane Fonda on her long and personal journey to feminism, via Lenny Letter.

What Buzz-worthy items did we miss today? Let us know on Twitter @BritAndCo!