This Is Why Donut Boxes Are Usually Pink 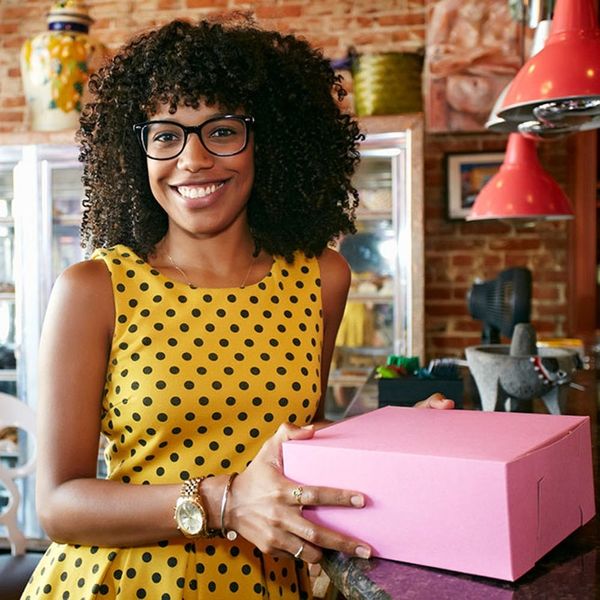 For donut and pastry connoisseurs, the pink cardboard box (ideally tied with a piece of twine) screams small-batch, local, and delicious. No Dunkin’ Donuts or Krispy Kremes here. In recent years, the pink box has begun to gain even more attention — possibly because of its millennial pink shade and Instagram-worthy potential. Voodoo Doughnut in Portland, OR (arguably one of the trendiest doughnut shops in America) has also adopted the pink box and even the catchphrase “Good things come in pink boxes.”

But how did it become a thing and synonymous with pastries? The Los Angeles Times published an op-ed on the history of the iconic pink boxes to answer this question. According to the article, the origin is in Southern California, which writer David Pierson argues happens to be the “epicenter of the doughnut world,” with Los Angeles County boasting at least 680 donut shops. Compare that to New York City, which has a measly 476 and Chicago (Cook County) clocking in with 341, and you can see that LA deserves its designation as donut capital.

The article goes on to detail how the pink boxes started appearing in Southern California courtesy of Cambodian refugee (and successful So-Cal donut shop owner) Ted Ngoy. He, like many other Cambodian and South Asian immigrants, became donut shop owners after coming to the United States in the mid-1970s to escape the Khmer Rouge. Ngoy’s donut boxes were supplied by a paper company called Westco, and he was hoping to save a few bucks by using a cheaper box. According to the Los Angeles Times, 200 pink boxes cost $20… and 200 white boxes, $25.

“Westco happened to have a large amount of pink-dyed cardboard stock just sitting around, taking up valuable warehouse space,” writes Kevin Farrell of EatSipTrip.com. “Word of the cheaper pink boxes spread quickly, first across the Cambodian doughnut shop network, and then much of the country.”

The famous Voodoo Doughnut has been using a pink box ever since it opened its doors. “We’ve used the iconic pink doughnut box from the start. It’s the classic pastry box and we wanted our delicious treats to be tied to this tradition,” says Sarah Heise, spokesperson for the donut chain.

For them, it’s all about serving up sweet nostalgia. “Pink pastry boxes bring us back to growing up as children, and the rare occasion of having our parents bring one home. It brings us back to the good ol’ days,” Heise says.

Today, donut innovations keep on coming, from donut walls at weddings to tequila shot donut holes, to donut grilled cheese at a country fair in upstate New York. But no matter how fancy these irresistible pastries get, the ever-recognizable pink box proves that often, simplicity can be the sweetest.