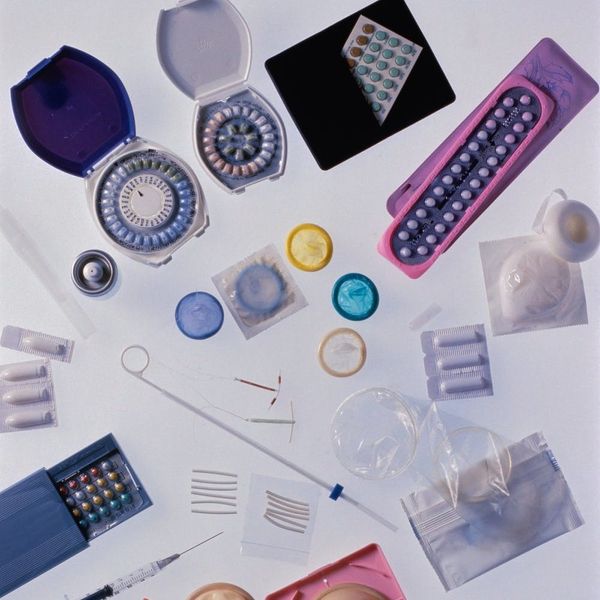 As Donald Trump gets ready to take office as the next President of the United States, plenty of people are worried about what this means for women’s issues, including IUDs and other methods of birth control (though it’s important to note here that not just women need to worry about these things — nonbinary people and trans men do, too!). That’s why folks are taking to Twitter to tweet about the importance of BC with a very apt hashtag: #thxbirthcontrol.

Spurred on by a question posed by Cosmo, people are answering, “…what does birth control mean to you?” Though the reasons vary, they’re all sincere, valid and worth a look for anyone who’s ever wondered about the importance of birth control.

BC has helped give me peace of mind, greater control over my future, and a healthier existence 🙌 #ThxBirthControl

#ThxBirthControl for allowing people — including lots of folks who aren't women! — to dictate our own futures as we see fit.

#ThxBirthControl for regulating our periods, helping with acne and headaches, reducing cramping, and so much more!

#ThxBirthControl for managing my PCOS and Dysmenorrhea. You make it possible for me to live a productive life even when Aunt Flo comes.

#ThxBirthControl for giving us the power to have safe and worry-free sex!!!

#ThxBirthControl for ensuring that any regrets I had in my teens and twenties lasted an hour & not a lifetime!

#ThxBirthControl for taking away my cramps! I had dysmenorrhea and now I can finally enjoy life without any severe cramps 🙏🏾😭

#ThxBirthControl for leveling out my hormonal levels an pre-cancerous cell counts. Couldn't have done it without you!

Allowing me to never settle. #ThxBirthControl

We should all be able to make our own decisions about our health, our relationships and our sex life. #ThxBirthControl pic.twitter.com/7VZbesbA8B

Planned Parenthood pretty much sums it up with…

The best birth control method is the one that works for you! #ThxBirthControl #CosmoXBedsider

And that’s why we should all have access to the best birth control for each of us, natch.

Do you have a reason to say #ThxBirthControl? Tweet us @BritandCo!

Desiree O
Desirée O is a ‘Professional Bohemian’ who loves anything and everything related to the arts, entertainment, and pop culture. She ADORES being a ‘Newsy’ for Brit + Co, covering all of the latest tidbits of awesomeness that you want to read about. When she’s not writing, she’s either making messy art, going on long adventurous walks with her camera, or poking around over at bohemianizm (http://www.bohemianizm.com/). You can find out about Desirée O and her work at http://DesireeO.com/ or follow her on Twitter @DesireeO.
Politics
Health
Politics twitter
More From Health