Why We Should Be Talking About the Current Protests in Iran 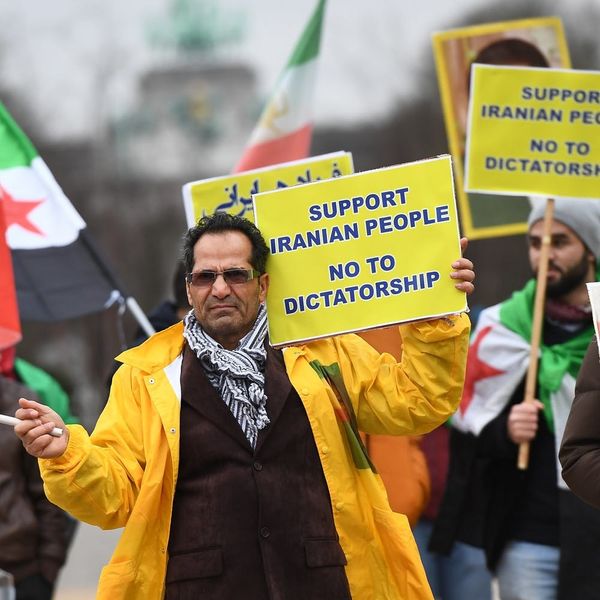 Iran is no stranger to citizen dissent, but experts say the protests that have swept the nation since late December are particularly worth paying attention to. The 1990s were checkered with regional protest movements, and in 2009, the Green Revolution saw millions take to the street, an outcry against allegations of widespread election fraud.

The protests currently sweeping the nation are the largest since then, with CNN reporting 21 deaths and 450 arrests as of this week. Authorities have also restricted social media apps like Instagram and Telegram in an attempt to quell coordination efforts between geographical regions and to prevent raw images and video from reaching foreign media.

It’s easy to draw parallels between now and 2009, but experts are warning there are some important distinctions to be made that may indicate how much success this movement can hope to achieve.

For one, these protests are more widely spread across the country, popping up in small and mid-sized cities, rather than only in large urban centers like Tehran. That being said, the numbers this time around are considerably smaller, and the country’s more politically active and socially liberal middle class is not nearly as involved as it was nine years ago. CNN reports that these demonstrators are politically active or as likely to have voted as in 2009, and have little faith in the system’s ability to change from within.

Citizens were expecting things to get better when a nuclear disarmament deal prompted the lifting of international sanctions in 2015. It appears they haven’t. Those protesting are believed to be motivated by a weak economy, government corruption, and rising prices for food and fuel. People feel the government is mismanaging their money, reports NPR, and they’re fed up.

This wave of dissent is also notable because many are speaking out directly against the legitimacy of Iran’s Supreme Leader, Ayatollah Ali Khamenei. This was a taboo people were afraid to touch nine years ago.

“This is something that didn’t happen in 2009. This is a huge thing to happen in Iran,” said Nic Robertson, CNN’s international diplomatic editor. “People don’t say that publicly on the streets.”

The 2009 movement lasted for months. We’re only a week into whatever this may become. While the likelihood the current wave of protest sweeping the nation will lead to revolution appears negligible, one thing is for certain — there is widespread discontent with the status quo in Iran, and that’s not going anywhere.

Have you been following the unrest in Iran? Tell us @BritandCo.

Lia Grainger
Lia Grainger is a freelance journalist and reluctant nomad who divides her time between Canada and Spain, weather dependent. She's written for The Atlantic, Reader's Digest, the Toronto Star and other print and online publications, and her work appears in dozens of languages around the world.
Politics
Current Events
Politics