9 Reasons You *Have* to Vacation in Vancouver 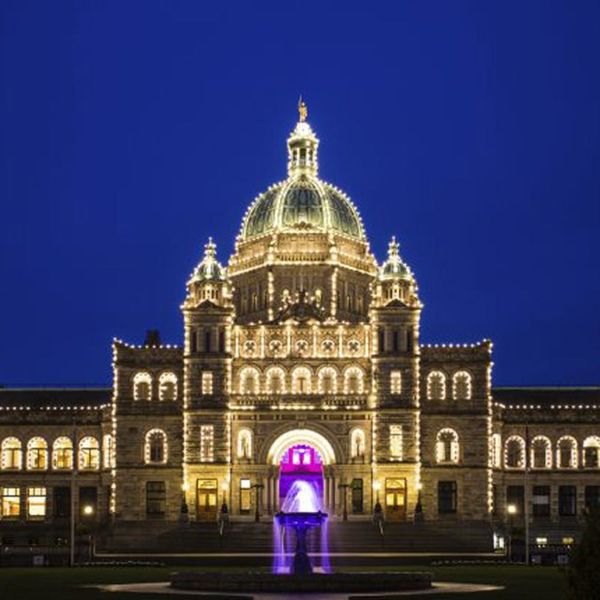 Election jokes aside, running away to Vancouver, Canada is always a great option (one startup will even find you a Canadian girlfriend, ha!). Although I may be a tad biased (I’ve lived in a suburb of Vancouver for my entire life), I truly believe that everyone should visit this creative hub at least once in their lives. From its sprawling urban landscape to its breathtaking natural beauty, Vancouver has something for every type of vacationer. Plus, you won’t have to deal with culture shock. Here are nine of the best reasons to put Vancouver on your travel bucket list, according to a local (AKA moi).

1. It’s an outdoorsy paradise. From scaling mountains like the 2,830 step Grouse Grind, which opens to a spectacular view of our natural paradise, to biking one of the most scenic trails in the world (the gorgeous five-and-a-half-mile Seawall is a hit with locals and tourists alike), Vancouver is made for nature lovers. Sandwiched between the Rocky Mountains and the Pacific Ocean, there are hundreds of trails to explore, rivers to discover and adventures to be had. But don’t worry if you’re not a daredevil, Vancouver is also home to tons of drivable lookout points and low-impact outdoor entertainment too.

2. You’ll get more bang for your buck. The Canadian dollar fluctuates between 65 and 85 percent of the American dollar, meaning that taking a vacation up north will probably end up costing you less than an American alternative. Plus, with a brand new outlet mall just a five-minute drive from the number one airport in North America, there are tons of ways to stretch your dollar in this Canadian city.

3. It’s an urban business city. If you think this Canadian city is all about igloos and pet beavers, you’re going to be sorely mistaken when you land in YVR. Downtown Vancouver is home to some of the most influential companies in the world — from Lululemon to Hootsuite — and its landscape reflects it. Plus, the downtown core is full of amazing shops unique to this western city. (Photo via Robert Giroux/Getty Images)

4. Vancouver is home to the best park in the world. We Canadians don’t like to brag all that often, but ask any local about Stanley Park and you just might witness a rare occurrence. According to TripAdvisor, Vancouver’s own Stanley Park is the best park in the world. With the world’s largest uninterrupted waterfront path, an aquarium located smack-dab in the middle and a 400-hectare green oasis, this natural historic site of Canada is a must-visit. (Photo via Bruce Bennett/Getty Images)

5. Craft breweries abound. If you’re looking for an awesome local watering hole, Granville Island is just the place. A culturally packed hub in and of itself, this art-centric neighborhood certainly deserves its own mini-vacation. With tons of local drinks to discover — from Granville Island Brewing to Liberty Distillery — and enough live entertainment to keep you busy throughout your stay, the small streets of Granville Island are ideally explored on a sunny afternoon.

6. You can take a day trip to Vancouver Island. If you’re thinking about extending your stay for a few days, why not hop on a BC Ferry and cruise to Victoria on Vancouver Island. Packed with small-town charm and breathtaking views, it’s a day trip that’s definitely worth a slight detour. If you get a chance, check out one of their awesome island festivals like the world-renowned Parksville Sand Sculpting Competition or the Nanaimo Marine Festival World Championship Bathtub Race (and yes, that is exactly what it sounds like).

7. The multi-cultural cuisine is delicious. Walking through the streets of downtown, you’d be amiss not to try the hundreds of multi-cultural dining options, from renowned restaurants like Vij’s and Royal Seoul House to more hole-in-the-wall-type adventures. You might not be a world traveler, but your stomach will be after eating all of Vancouver’s delicious and diverse grub. If you want more mainstream cuisine, don’t miss the farmers’ market on Granville Island.

8. Sports culture is huge. Okay, there’s one stereotype that the world has gotten right about us: We do indeed love our hockey. Although the season doesn’t start until October, there are many other sports to keep our fans occupied during the offseason, including a Canadian football team, the BC Lions, and a Major League Soccer team, the Vancouver Whitecaps. (Photo via Harry How/Getty)

9. Transit is easy. If you’re staying around the tourist hot-spots, getting around Vancouver is super easy. SkyTrains connect most of the major attractions — from the airport to downtown and beyond — and buses run just about everywhere else. Make sure you grab yourself some Canadian change, since bus drivers don’t accept bills or credit cards en route. For more information, check out Translink’s website before jet-setting to this amazing Canadian city.

Do you have summer vacation plans already? Let us know on Twitter by mentioning @BritandCo.

Ashley Macey
Ashley Macey is a lifestyle freelance writer who loves all things fitness, wellness, and creativity. When she's not exploring her home in the Pacific Northwest with her dog Max, you'll probably find her curled up with a good book and some hot tea. Follow her daily jaunts on Twitter.
Travel