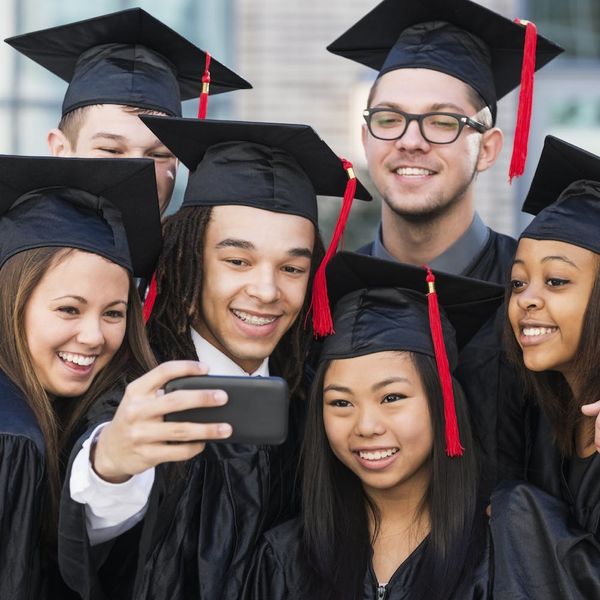 Of all the financial burdens the average adult is carrying around, student loan debt is one of the most crushing. As of February, the student loan debt crisis in the United States reached a staggering $1.3 trillion. Now, a new report says that a huge majority of student loan debt belongs to women, who also have a harder time paying off their debt than men.

Of the $1.3 trillion US students collectively share in student loan debt, $833 billion belongs to women, according to a new report from the American Association of University Women (AAUW). That’s almost two-thirds of the total student loan debt, compared to $477 billion for men. Though women comprise a majority of college graduates (57 percent of grads are women), the portion of student loan debt carried by women is disproportionately large at two-thirds.

As you can probably guess, the gender pay gap accounts for some of this. Because women make an average of 20 percent less than men for equal work, women aren’t able to pay off their loans as quickly. The repay rate is especially slow for black and Latino men and women. Black and Latina women make even less money than white women do compared to white men for equal work, making it even harder to pay back loans ahead of schedule or even on time.

But, according to the report, the average woman finishes a bachelor’s degree with an average of $1,500 more in debt than men. But not all women experience the same levels of debt; the student loan debt crisis has the most negative impact on black women, who take out an average of $30,000 in loans for a bachelor’s. The report states that this is the highest average for any demographic group.

In the extra years it takes women to pay off their college debt, they’re still accruing interest, adding extra dollars that they need to pay off.

All of this leads to women experiencing disproportionate levels of financial strain once they complete school. According to the report, 34 percent of women have a hard time covering basic life expenses (such as rent) while paying off their student loans. Again, this number became much higher when limited to black women. The report states that more than half, 57 percent, of black women experience financial difficulties while paying down their loans.

Unsurprisingly, these disparities also mean that women are way more stressed out about student loan debt than men. In a 2016 poll conducted by Fusion, 67 percent of women ages 18 to 35 who had taken on student loans to pay for school said the debt stressed them out, compared to 52 percent of men who said the same.

The AAUW says that action is needed from Congress in order to solve these problems. The report recommends expanding Pell grants, and making more resources available to women and other minority college students so everyone is aware of the different ways to pay for school, and has access to federal loan and grant programs. The report also says Congress should pass legislation that eliminates the wage gap so that women have a fair chance to pay their loans off once they enter the workforce after college.

Until action is taken at the national level, women will continue to shoulder additional financial struggles, and have a harder time becoming debt-free.

Does student loan debt make life harder for you? Tell us about it on Twitter @BritandCo.

From Your Site Articles
Elizabeth King
Elizabeth King is a politics, history, and culture writer based in the Twin Cities. She is generally pretty cranky but still enjoys traveling, music from the early 2000's, and plotting the resistance. Feel free to say hi on Twitter at @ekingc or check out some of her work at www.elizabethcking.com.
Education
Current Events
Education
More From Current Events