Yes, Some Sexual Assault Survivors Feel ‘Okay’ Afterwards — and Here’s What That Means 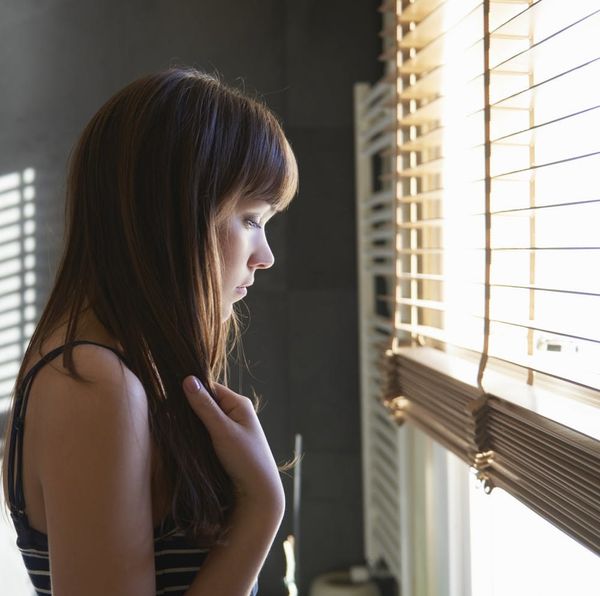 Most people who survive rape or sexual assault experience Rape Trauma Syndrome, which has similar symptoms to PTSD. It’s common for survivors to lose sleep, have flashbacks, struggle with intimacy and sexual pleasure, and generally feel fearful. These are all completely valid responses to what is, for most, a very traumatic life event. But what we don’t hear about nearly as often are survivors who feel mostly okay after an assault, and go back to “normal” quickly. It’s more common than you would think — and can be pretty confusing to experience.

The mental health impacts of rape and sexual assault can be significant for survivors. According to the Rape Abuse & Incest National Network (RAINN), 94 percent of women who are raped have PTSD symptoms in the first two weeks following the rape. This number drops to 30 percent after nine months, which is still a large number. There are also a significant number of rape survivors who contemplate suicide: 33 percent, according to RAINN. Of that number, 13 percent actually complete suicide. But for some survivors, the PTSD symptoms never come, or last for only a very short window of time.

Kelli, a 33-year-old rape survivor who spoke with us about her experience, says that after her ex-husband assaulted her in 2008, she “was pretty upset in the immediate aftermath, but mostly confused. I wasn’t really sure how to characterize what happened.” Kelli tells us that she had first consented to have sex with her ex, but he continued after she changed her mind and said no, and she even cried while telling him to stop.

“I would say my confusion lingered a bit after the assault,” Kelli says. “But I didn’t struggle with flashbacks or paranoia. I did have some struggles with intimacy, but I’m not really sure how much the assault had to do with that versus my general relationship history/experiences with sex.”

Kelli also tells us that because she had initially consented, and also didn’t experience trauma-related symptoms following the rape, she questioned the validity of what had happened to her. She says that she understands that her ex raped her, but at the same time wondered why she wasn’t more upset or didn’t feel she needed counseling or therapy to heal after being raped. “At some point, I was just ‘over it.’”

Sarit, another survivor, also spoke with us about how she felt after she was assaulted in college. She tells us that after a house party she ended up crashing with a male friend because she was concerned about walking home alone at night. Despite telling the friend repeatedly that she was too messed up to do anything sexual and that she just wanted to sleep, he kissed and touched her for a while.

“This assault in itself didn’t give me those textbook symptoms like flashbacks or dissociation,” Sarit says, in part because she had experienced similar situations several times in the past, leading her to think it was normal, and not assault. She says the assault made her feel “weird,” but overall she felt “okay.” She adds that about a year later, when she realized that what happened was assault, she struggled to cope with what happened. In the short-term, Sarit says she didn’t question the validity of her own experience, but she sometimes finds herself wondering: “If I’m okay, did something bad even happen to me?”

Given that most rape and assault victims experience significant trauma symptoms, it’s only natural that those whose experience differs might wonder whether or not they were really raped or assaulted. If we’re told that surviving assault should only look or feel one way, those who don’t share that experience will be prone to think that what happened to them must have been something else, otherwise they’d feel like “everyone else.”

Rhea St. Julien, a licensed marriage and family therapist in San Francisco, tells Brit + Co that there’s no “normal” or “abnormal” response to trauma. That said, she says the emotional response following an assault can be difficult to understand.

“It is common to be in a state of shock and paralysis afterward, and to react in ways that are unusual for one’s personality,” says St. Julien. “This is very confusing for survivors, and causes them to doubt what has occurred and their reactions to it.”

St. Julien says that it’s important for survivors to know that there are many different responses to rape and assault; there’s no single “correct” way to heal. People have to trust their own instincts and get back in touch with their bodies in a way that feels right to them. But even if survivors feel alright after an assault or rape, St. Julien still recommends they seek therapeutic help or support from a group of survivors to help them process and heal from what happened.

There are many ways that survivors cope with and process rape and sexual assault — what’s important is not necessarily the feelings themselves or the methods of coping, but simply that survivors are believed and have support. Whether or not a survivor experiences trauma symptoms has no bearing on whether or not what they experienced was rape or sexual assault, and it’s okay to feel “okay” after something upsetting happens. No matter a survivor’s response, therapy or support groups are a good option, and it’s always the right thing to trust and believe yourself.