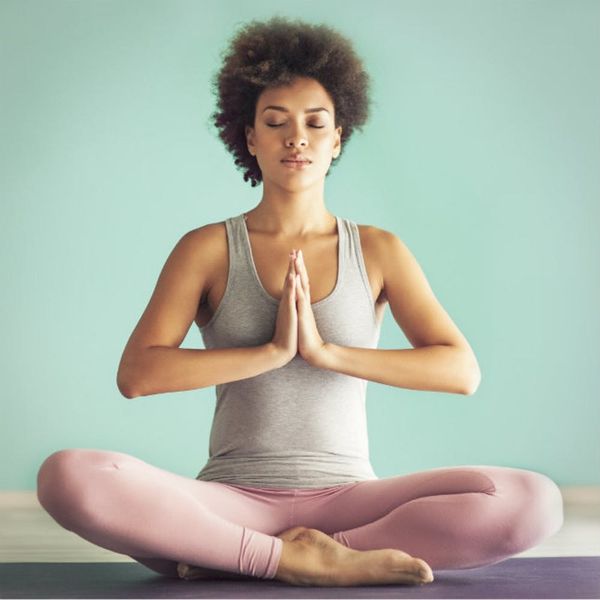 Many of us break out yoga poses to relieve stress from time to time. Getting on the mat to focus on your breath is so calming when you’re feeling overwhelmed or worried. No doubt you always leave hot yoga feeling a few pounds lighter (literally and figuratively!) or get a rush from joining the yoga and beer craze. But what about the health benefits of yoga for those suffering from chronic mental health disorders like depression, anxiety or post-traumatic stress disorder (PTSD)? That’s just the question researchers at the University of North Carolina at Chapel Hill set out to answer in a new study published in the Trauma, Violence and Abuse journal.

In a comprehensive meta-review of 185 articles published between 2000 and 2013 on the subject, researchers found that the evidence says a routine yoga practice holds the promise to provide real relief for those suffering from the effects of psychological trauma. The team of researchers concluded that while the holistic practice cannot replace traditional Western medicine or therapy, yoga is an incredibly helpful supplement.

Leslie Roach, a certified yoga instructor and co-author of the study says in a news release that “even though I do think yoga is, in general, incredibly beneficial, I also think there needs to be a whole lot more education about how to use yoga specifically to treat survivors of trauma in order to be the most effective and helpful.”

Additionally, lead researcher Rebecca Macy cautions that while she is encouraged by the idea of integrating yoga into standard recovery programs, she does not want to “undo the potential benefits of yoga by making the practice unnecessarily standard and systematic.”

The women plan to expand on their research by conducting more studies on yoga as a treatment, possibly within a domestic violence shelter. Roach says, “I think with more education, more research and more experienced instructors, [yoga] will be [a viable means for treatment].”

Do you feel like you get a major mental health boost from your yoga practice? Tweet us @BritandCo and let us know!

Megan Parry
Megan Parry is a lifestyle writer living in Philadelphia where she's making generous use of her library card, obsessively reading friends' natal charts, and learning how to differentiate between "dried apricot" and "juicy apricot" notes in wine.
science
Health
science Yoga
More From Health