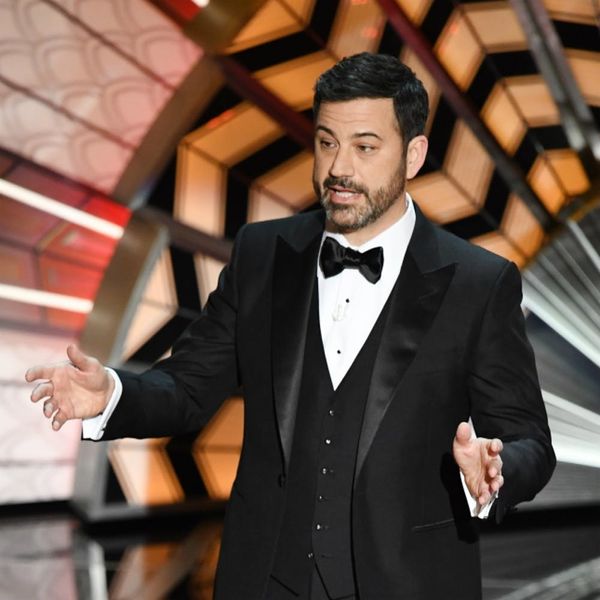 Oscar hosts have the hardest job at the awards show each year. With all the singers, dancers, and presenters, the host is the one that people remember the most as either terrible or spectacular. While we critique red carpet looks, this year’s host, Jimmy Kimmel has been working to make sure that the show keeps rolling and that we’re not bored to tears (which can totally happen). With most of us prepping for Oscars Bingo, Kimmel’s had someone in his corner, helping him along… and her work has paid off.

Jimmy’s wife, comedy writer Molly McNearny, not only ensures that he’s funny on his late night show, but she’s been prepping him for his big night as Oscars host, and it’s paid off. In an interview with Entertainment Tonight, the host said, “I need her to help me write jokes.” All kidding aside, though, Kimmel relies on his wife to help him figure out what’s funny and what’s not.

Not only did Molly help Jimmy get his monologue right, but his pregnant wife is backstage at the awards show feeding her husband all the best lines of the night.

We’re team #Molly all the way.

What did you think of Jimmy Kimmel’s opening monologue? Tell us @BritandCo!