Zendaya Just Slayed the Grammys Red Carpet in a Mullet 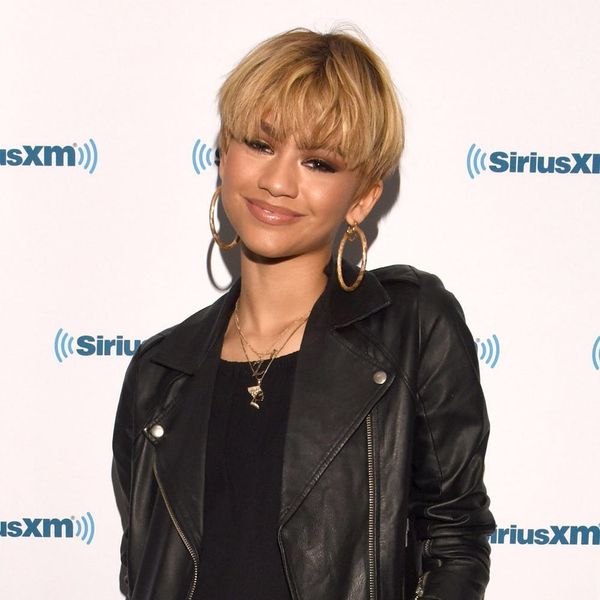 The Grammy Awards are going down as we speak and we saw some gorg looks on the red carpet tonight (including Taylor Swift’s brand new haircut!). When you think red carpet glam, you usually think well-coiffed hair, camera-ready makeup and a long flowing gown by some designer or another. Singer/actress Zendaya, whose style game is always on point, took to the Grammys red carpet tonight in a look that took conventional ideas of red carpet glam and smashed them into smithereens.

The 19-year-old actress showed up at tonight’s award show in a menswear-inspired tux and a mullet. Yes, a mullet. Just yesterday, the singer was spotted hobnobbing at pre-Grammy’s parties with a stylish bowl cut, so we can only assume that the mullet tail was added on with extensions. But nonetheless, the style choice is bold and she pulls it off like a boss.

More impressively, aside from rocking the hairstyle, the singer did her own makeup. YAAAS, Queen! Since she was wearing a Dsquared2 tuxedo, the teen celeb told US Weekly, “I decided I would keep my makeup a bit more natural to balance out my look.” As for her eyes: “I wanted to keep them soft, but with major lashes!” Who knew that this oft bashed-on hairstyle could be so incredibly chic when you style it with a bold suit and some ultra glam makeup?

We say, bow down.

What do you think of Zendaya’s style? Tweet us @BritandCo!

Kimberly Wang
Kimberly Wang writes about all things pop culture, tech, style, and beauty. She's a Bay Area transplant and has an MFA in Creative Writing from Columbia University. On a sunny New York day, you can find her hanging out with her mini schnauzer Isabelle Jellybean on a blanket in Central Park.
Celebrity Hair
Celebrity News
Celebrity Hair Grammy Awards